Take a bunch of the world’s top step instructors and film them doing the most cutting-edge step workout around and what have you got? The BODYSTEP™100 Masterclass. 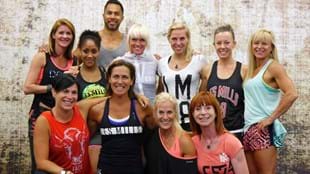 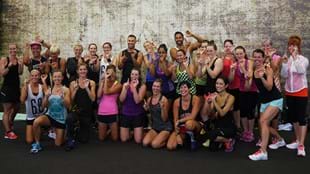 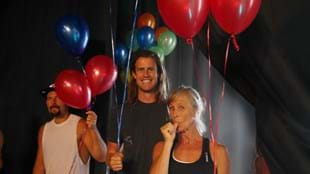 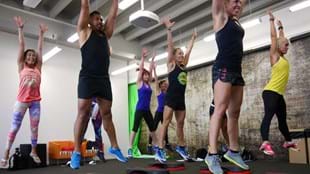 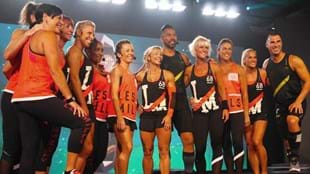 Led by BODYSTEP™ program director, Mark Nu’u, this talented tribe of presenters spent thousands of hours practicing choreo, perfecting moves and making sure that BODYSTEP™ 100 is beyond compare. Their hard work has paid off.

The BODYSTEP™ 100 Masterclass filming was jam-packed with 150 participants. Heart rates went through the roof and the atmosphere was on fire. The release mixes cutting edge functional training with some great retro step moves and on top of the celebration-themed choreography there’s a celebratory soundtrack to match. Danish instructor Ditte Weinreich said that almost every track was about celebration. “I loved the music and was having a blast every track.” Her sister, and fellow instructor, Nynne Weinreich, thought the finale was the highlight, “At the end I felt so strong, so tired and so happy I had chills.”

For Presenter Maureen Baker the Masterclass filming of BODYSTEP™ 100 was pretty special. She’s been part of the BODYSTEP™ team since the beginning and, although she says having the program hit the 25 year mark makes her feel old, she was humbled to be asked to present on the momentous release. “It’s simply amazing to be part of it. This will be one of the best releases ever.”

BODYSTEP™ 100 wasn’t limited to the traditional BODYSTEP™ crew. At the beginning of the release a collection of Les Mills Program Directors took to the stage and Mark even invited his daughter Kayla and partner Josh to get involved in some of the Athletic tracks.

Can’t wait to experience BODYSTEP™ 100 first hand? The footage captured during this Masterclass will now be packaged up with supporting education and resources and delivered to BODYSTEP™ instructors around the globe. BODYSTEP™ fans should expect the one hundredth release to hit their studio floor in around six months.

You can stay up-to-date on all things BODYSTEP™ by checking out BODYSTEP™ on Facebook.