Lisa Collins absolutely loved being at the filming of BODYSTEP™ 100. So just minutes after the filming had wrapped she was eyeing up the next big one. She’s worked out she’ll be 66 when BODYSTEP™ reaches its 200th release – and she’s going to be there. 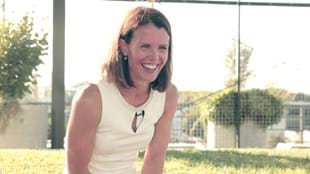 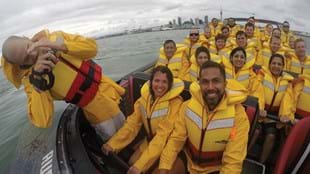 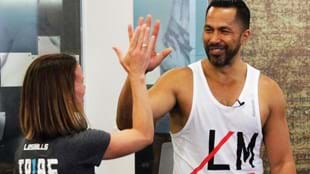 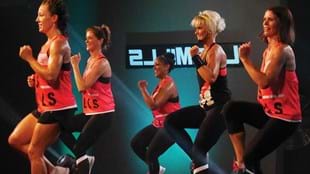 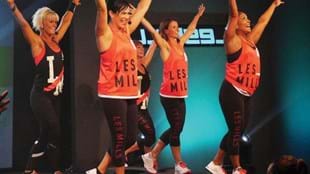 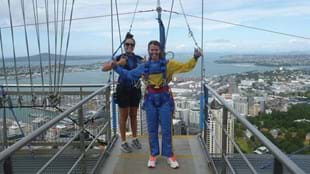 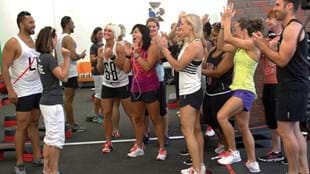 Brisbane-based Lisa Collins first discovered BODYSTEP™ in the 1990’s when she retired from gymnastics and joined the local gym in order to maintain some strength and weight. All it took was a few BODYSTEP™ classes and she was hooked. She’s now been teaching BODYSTEP™ for 17 years (since release 33) and a few years back she set a goal to be at the filming of BODYSTEP™ 100. Luckily Les Mills staged a celebratory competition that helped make it happen.

Les Mills' #PickMeMark competition was created to celebrate all the passionate instructors who’ve helped grow Les Mills’ step program over the last 25 years. Instructors worldwide were invited to submit videos showcasing why they are the most passionate BODYSTEP™ instructors – and go in the draw to win a trip to New Zealand for the filming of the 100th release. The submissions were amazing, but Lisa’s video stood out from the crowd. Program Director, Mark Nu’u made a surprise in-class visit to let her know she’d won and as a result she was soon jetting across to Auckland to be part of the program’s centennial celebrations.

Arriving in New Zealand a couple of days before filming day, Lisa met all the Program Directors and the team of BODYSTEP™ 100 presenters. Mark then surprised her with a pair of Reebok shoes and told her she'd be up on stage for the filming of a few tracks! She squeezed in some rehearsals and then spent time getting to better know her favourite Program Director while they went Sky Jumping off the Auckland Sky Tower and jet boating.

Lisa says the whole experience has been an amazing buzz. “My feet haven’t touched the ground all week, it’s been brilliant. Going behind the scenes I’ve learnt so much, and the amazing energy from all of the presenters has really rubbed off. I know that I am going to become a better instructor as a result.”

Lisa was rapt to have a team of her regular class participants join her at the New Zealand filming. This included her mum and one of her regulars who’s planning on doing the next BODYSTEP™ instructor training in Brisbane. He will then continue to be mentored by Lisa - he's the seventh participant she’s mentored down the instructor path already!

“I need to say a huge thank you to lots of people, particularly my daughters Rose (11) and Jorji (9) who produced the video for me.” Lisa claims they’re much more technology savvy than she is, so she wrote the script and they filmed and put the video together her. “If it wasn’t for my kids I wouldn’t be here.”

Lisa also wanted to thank the school she teaches at (who recognized what an awesome professional development opportunity this trip was and gave her the time off), her husband Barry, the team at Reebok who gave her some great new gear, and everyone at Les Mills who helped make her dream come true. She says it was great to feel so welcomed and part of the family. "It was an emotional time, so it was great to be surrounded by people who completely understood my feelings and helped make me feel relaxed."