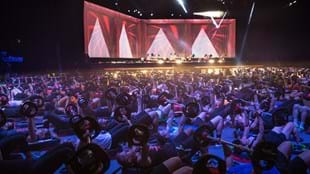 You can stay in the loop with the future of BODYPUMP by joining the action when the 100th release of BODYPUMP is unleashed on the globe. Find out more at bodypump.com

ON VOUS EN DIT PLUS