Why Rach fell for Five Seconds of Summer 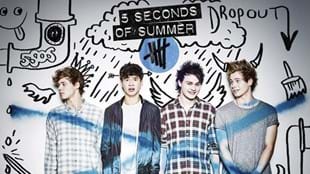 When SH’BAM™ Program Director Rachael Newsham first heard Don’t Stop by 5 Seconds of Summer she instantly knew it would be an awesome inclusion in the latest SH’BAM release. Not only is the pop rock sound a refreshing change from other recent chart hits, she says the song really reflects the essence of SH’BAM.

“SH’BAM is about feeling good, having confidence and building some dance experience while you’re at it, and this song really encourages that,” says Rachael. “Sometimes people don’t start dancing because they feel inhibited, but once they do they don’t want to stop. The words in this track really reinforce the feel good factor that comes from dancing.”

“When I’m teaching this track I love seeing the whole room lift up – it’s such a motivating, high energy track.”

The fact that it’s such a solid pop rock track is highlighted by the contrasting tracks that surround it. When you’re doing the latest SH’BAM release Don’t Stop transports you out of a grungy Latin-inspired track straight into up-tempo, traditional pop rock and sets you up for the old school disco jazz provided by Beyonce.

With simple arm lines, single arm strikes, step taps and heel digs it’s easy for you to throw yourself into it. And that’s exactly what we encourage you to do – let loose, get moving and don’t stop!

If you want to find out more about the latest from SH’BAM, check out SH’BAM on Facebook.