Thousands of European fitness lovers get their sweat on

Pumping music, the world’s best instructors, the hottest workouts and an atmosphere nothing short of electric … Last weekend fitness lovers in Germany and Sweden had the lot. Read on to find out more and check out some awesome pics. 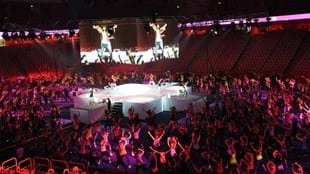 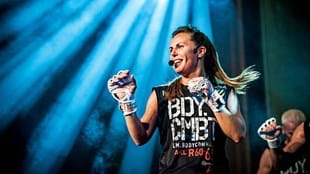 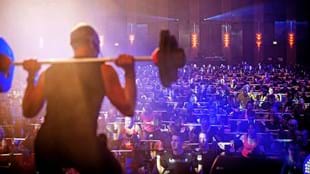 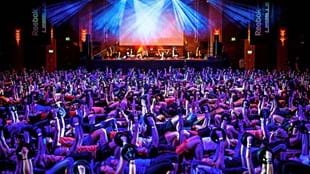 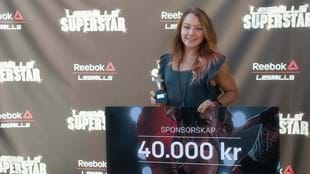 On Saturday September 6, thousands of European fitness lovers converged at two of the year’s biggest fitness events; the Reebok / LES MILLS™ Superquarterly in Dusseldorf and the Swedish Super Saturday in Stockholm. Both events gave European fitness fans the opportunity to experience the latest LES MILLS™ releases and share their passion for fitness.

In Germany the Dusseldorf Congress Center South was packed with over 1700 people. Classes ran back-to-back and the country’s top instructors were joined by an international presenter team, including Rachael Newsham and Mark Nu’u. “It was completely overwhelming,” says Elisa Lellig from Les Mills Germany. “We had up to 750 people in a class, it was an entirely new dimension for group fitness, a real rock concert atmosphere.”

The Swedish event also featured all LES MILLS™ classes and a line-up of international presenters, including Lisa Osborne and Susan Renata. Lena Holmberg from Les Mills Nordic says the event left the 2500 attendees buzzing on a fitness high. “The unique central stage created great interaction between presenters and participants, but also enabled participants to engage with each other and really get the group effect.”

The Stockholm event coincided with the final of Les Mills Nordic’s first ever ‘Les Mills SuperStar’ competition. This event attracted applications from 300 instructors and saw 120 people audition across three cities. BODYCOMBAT™ instructor Hanna Lundh had the excellent technique and charisma needed to take out the SuperStar award. She received a wardrobe of Reebok gear and some presenting opportunities. “Introducing BODYCOMBAT to a whole sea of crazy fitness people was amazingly cool. I am so happy and grateful,” she says.