Melbourne, Amsterdam, Paris, Berlin… Where in the world is “The One”? 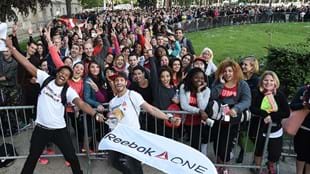 Think ‘American Idol’ without the pithy Simon Cowell comments or any cringe auditions. With 100,000 instructors, 11 regional finalists, and a grand finale in Stockholm, by the end of October 2015 someone will be crowed “The One”.

The calibre is high. A lot of work and training goes into being a Les Mills instructor (above and beyond learning the choreography). To be “The One” you must be more than just a great instructor – you must be a Rock Star.

Applicants from all over the globe were asked to submit a two minute video showing themselves instructing a Les Mills program. From the thousands of applications, the best of the best were selected. Those chosen to compete in their regional finals would, just like ‘American Idol’, get a stage, a panel of judges, an audience, and five minutes to change their lives. From Melbourne to Amsterdam, Stockholm, the United Kingdom, Paris, Berlin, Chicago, Toronto, Dubai, Spain and Shanghai, no corner is going unturned.

These regional finalists will then battle it out at ONE LIVE Stockholm for the the title of “The One”. The prize includes a trip to Les Mills in Auckland, New Zealand for the January/February 2016 masterclass filming, a 12 month Reebok contract and a Reebok prize pack. The stakes are high.

Over the next few weeks, as the regional finals roll out, we will be introducing our 11 finalists so stay tuned.

Can you guess who will be “The One”?