THE FASCINATING FORMULA FOR ALL-AROUND WELLNESS

Can you improve physical, mental, societal, and environmental wellness all at once? The Green Gym, from The Conservation Volunteers (TCV) in the UK, seems to have uncovered the solution (complete with new research to back it up). We spoke to Craig Lister, an exercise physiologist, public health expert, and former TCV managing director, about The Green Gym’s fascinating formula for a fitter planet. 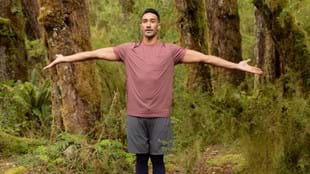 The Green Gym is a community-based initiative where people can enhance their fitness and health as they are guided through practical activities such as planting trees, sowing meadows and establishing wildlife ponds. Now, a new study has shown that this purposeful outdoor activity can drive significant increases in wellbeing. And as Craig Lister explains, this is the perfect starting point for improved health.

“I'm an exercise physiologist by trade, but my personal and professional experiences have shown me that if we don’t first focus on lifting people's hope and self-worth, while reducing the anxieties they feel, the benefits of other well-meaning health and exercise interventions are limited,” says Craig. “If you have poor anxiety, no optimism, or no self-worth, then any other health message just bounces off. You can’t work on any other health improvements until you improve root wellness.

“We’d spent years running The Green Gym and we knew that purposeful physical activity outdoors helped people improve anxiety, optimism, self-worth – and became healthier. So we set out to see if we could evidence that. Three years on, we now have independently reviewed research that proves it.”

“You can’t work on any other health improvements until you improve root wellness.” 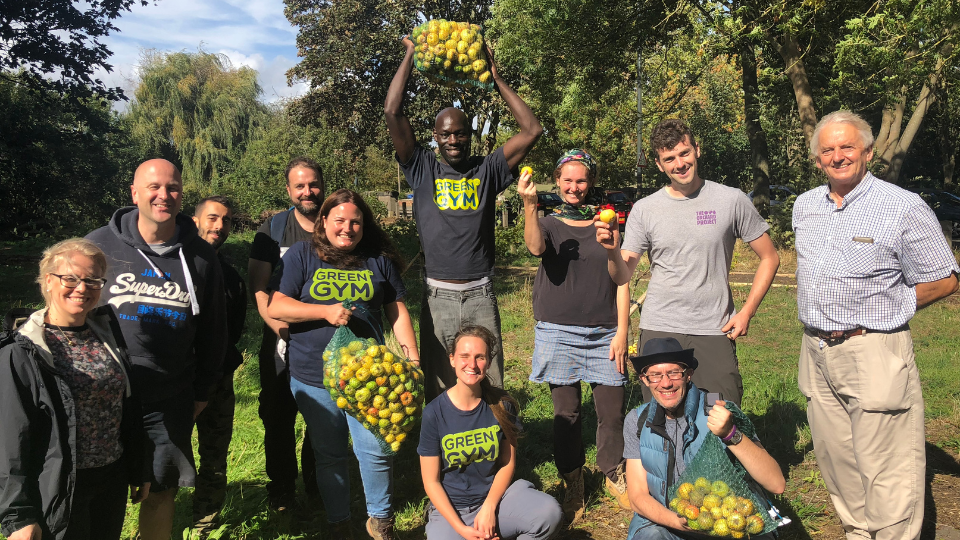 How did you identify the benefits that go hand-in-hand with purposeful activity in green spaces?

“The study involved participants of The Green Gym, which is a voluntary nature-based program run in communities across the UK. We worked with these participants and measured a lot, including salivary cortisol, specifically something called cortisol awakening response. And we saw positive changes in cortisol awakening response – and that is related to how you feel when you get up, whether your body systems start working effectively. Using internationally recognized measures, we saw increases in wellbeing, on average, 4.5 months after people started with The Green Gym. These increases were sustained, on average, 8.5 months later, and further increases were observed, on average, 13 months later.”

“It started as a brainchild of Dr. William Bird – an insightful GP who recognized that people who were physically active, particularly in green spaces, were healthier than others. After joining up with a charity called The Conservation Volunteers, The Green Gym grew. There are now Green Gyms all over the UK, bringing together people, communities, and partners to deliver practical actions that have a lasting impact on people's health, prospects, and outdoor places.”

What does a typical Green Gym session involve?

“A typical Green Gym session runs for four hours. An instructor leads you through a warmup, you meet each other and then we get to work doing the planting, or creating spaces for biodiversity, or building bat boxes (a favorite among participants). After an hour, it’s time for a break, which is really important. We sit around a storm kettle, and we all talk for roughly 35 minutes. The talking is just as valuable as the physical activity, sharing experiences and coping strategies. At the end, people stay friends for years. And not just friends, they are supportive agents for each other because they’ve achieved stuff together.” 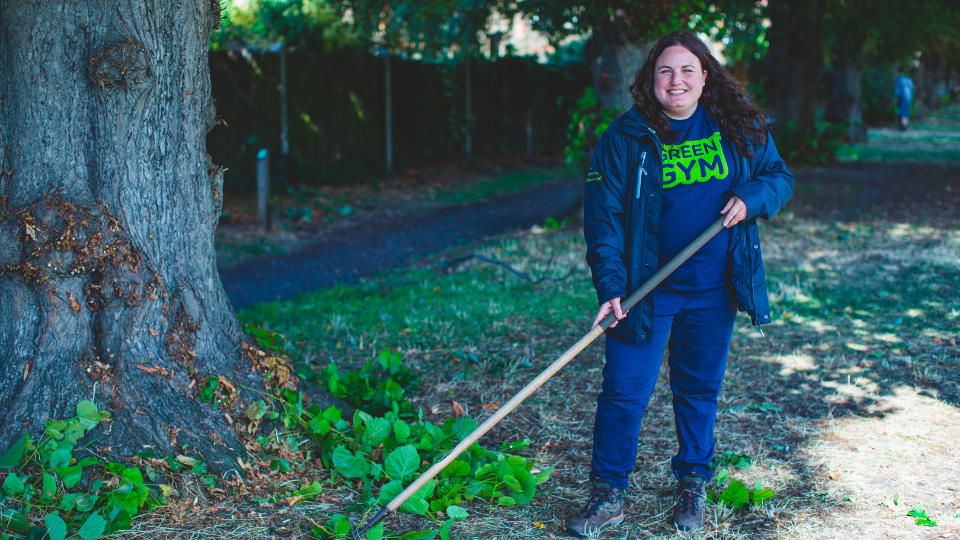 Is it a good physical workout?

“It doesn't really matter how hard you work, it’s the fact that you are doing some activity. Being inactive is very bad for you, the electrical charge in your body changes, fluid levels change, lots of bad things happen. We know that The Green Gym leads to physical improvements because cortisol levels changed and blood pressure improved too.

But the real value comes from improving how people can feel about themselves. When you increase their friendship circles, or create friendship circles where they were not before, and give them experiences of success they’ve never had before – their whole perception of life changes. And that degree of change gives more benefit than many medicines or any highly tuned workout ever could. Because suddenly life is worthwhile.”

“We're working predominately with people from a lower socio-economic background.

The benefits are significant and long-lasting. Why is it that they continue to improve even after participants stop attending?

The research shows that improvements increase after 13 months. What we found is that people were going back to see the green spaces they had created. And because it’s a natural living environment, it was even better than when they had first finished. And frankly, for many, it was the first positive experience they had had in their life – something they had done well, and it had gone well and now they can see other people enjoying it. We don't have evidence to support this, but we suspect that serotonin and oxytocin responses were reinforced then.”

How often do participants need to come to get results?

“There are lots of Green Gyms around the country and they always run. We’d like participants to come once a week for at least 12 weeks. But we recognize that the people we work with often have quite chaotic lives, and that level of commitment is not viable. Everyone understands that if they don’t feel up to coming they don’t have to. And when they do come back they’re welcomed back, no questions asked. It’s not ‘Where have you been?’ it’s ‘Thanks for coming back!’”

The Green Gym can clearly be hugely beneficial for many. How are you working with doctors and social agencies to encourage The Green Gym prescription?

“If you go to your GP with hypertension and stress, chances are you’ll be prescribed some anti-anxiety medication and some hypertension medication. The problem with that is that the things driving your stress are still there. All you’re doing is medicating the symptoms. On the other hand, there is social prescribing. This is where you’re referred to a link worker and they will talk to you for up to 20 minutes up to five times. Trust and an understanding of what is causing the issues are built during these sessions. Together, the link worker and patient devise a cluster of actions that treat the cause – and one action can be joining a Green Gym.

The long-term goal is to have a Green Gym within close distance of everyone in the UK. The Green Gym could become the country’s largest gym chain – and it wouldn’t cost people anything to join.”

Learn more about The Green Gym. 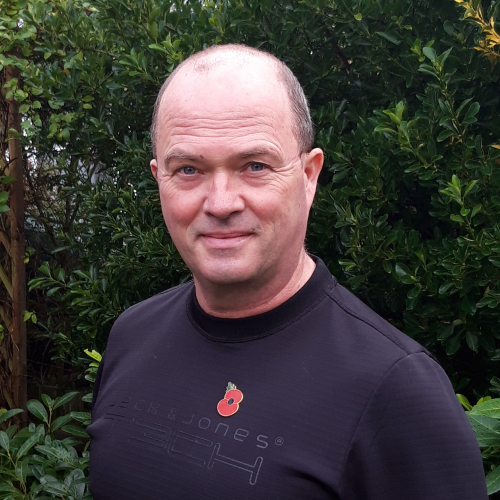 Craig Lister is an exercise physiologist with strong public health experience. He was Managing Director at The Green Gym from The Conservation Volunteers between 2015 and 2020, a role that leveraged his personal interest in evolutionary physiology, the natural environment and the power of social cohesion, together with his public health and physiology background to empower people to help themselves. He is now working within the NHS as Associate Director Immunisation and Vaccine Strategy Lead, with a focus on reducing inequalities.

ADD A BREATH OF FRESH AIR TO YOUR EXERCISE ROUTINE 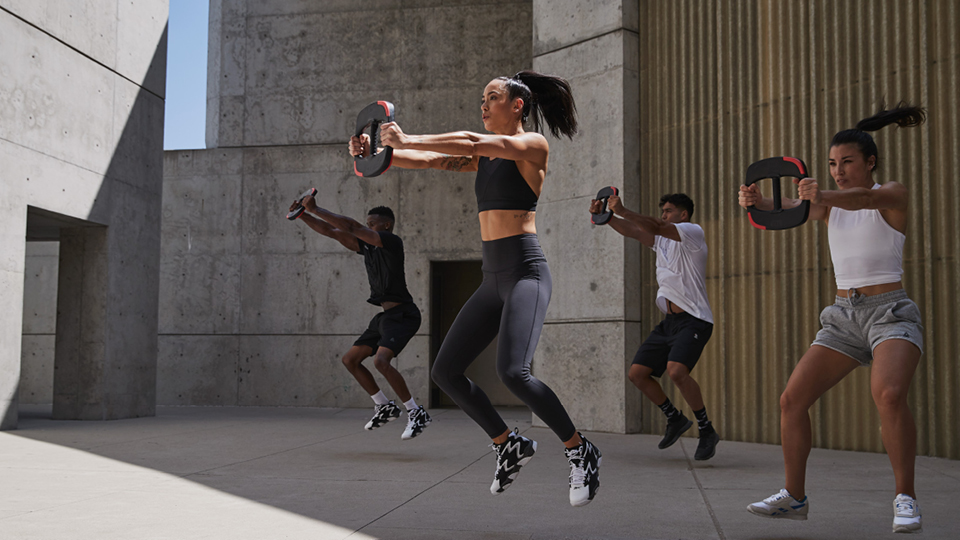 Learn more about the benefits of physical activity outdoors – and five different types of workouts that are perfect to do outdoors. 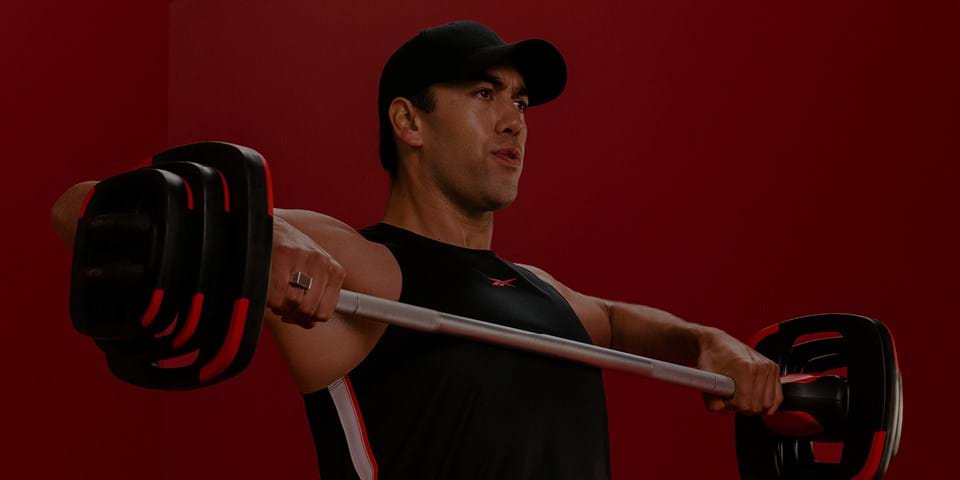 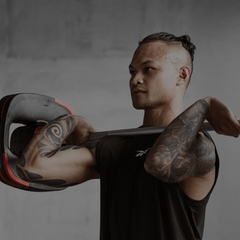 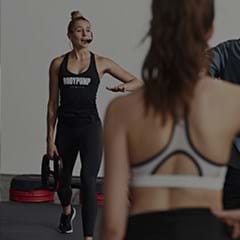 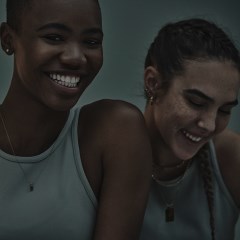