Famed for its fun-filled classes and wealth of world-class Instructors, New Jersey’s HealthQuest is a permanent fixture in the Top 100 US Health Clubs list. Group Fitness Director Linda Romaine shares her top 7 tips for how to find great Instructors and create a winning culture that keeps them inspired.

When it comes to group fitness, HealthQuest in New Jersey, US, is something of an anomaly. At a time when most clubs face significant challenges finding Instructors thanks to the pandemic and a global labor shortage, HealthQuest has people queuing up to grace their group fitness stages. So, what’s their secret?

For HealthQuest Group Fitness Director Linda Romaine, it’s all about culture. Across a colorful career that’s combined corporate finance with club operations and a sideline as a College Professor in Exercise Science, Linda has accrued a unique set of insights into what it takes to create a winning team that consistently packs out classes. She shares her top 7 tips for recruiting great Instructors and cultivating a culture that empowers them to excel.

1. Build a Team Worth Joining

Linda Romaine (LR): We place a huge emphasis on having fun and supporting each other as a team of Instructors, and aside from having an awesome time, the upshot is that it creates a joyful environment that people want to be a part of. We have got 66 Instructors on the payroll currently, and roughly 80 percent of them were first members here who were inspired to become Instructors.

When asked why they became Instructors, most said the fun and support we provide each other were major factors in wanting to be part of the team. A lot of that stems from the principles of Les Mills Instructor Training and the sense of being UNITED by a collective purpose and driven by a team mentality – and we augment that with everything we do in the club.

For example, we always practice together ahead of new release and the club has always been great in paying us to do so (less than a class fee, but still a fair amount), so we learn together and support each other. The other thing we do is constantly team teach our classes. Even though it’s only the lead Instructor being paid, we all jump up on stage together to call out tracks and team-teach. There’s a real sense of camaraderie and fun that carries over to the rest of the class, and it’s a great way to train up new Instructors by giving them valuable experience in a supportive environment.

LR: When people see the fun and camaraderie of the team in action, that’s when they start to think about becoming an instructor themselves and they’ll ask me what they need to do. If we think they’re up to it, I’ll tell them to pick their favorite program, immerse themselves in that class and speak to the team of Instructors who teach it – say it’s BODYATTACK™ for example. So, then the BODYATTACK™ team will take them in, let them join their practice sessions, help them through their training, their video submission, and build up their confidence with team teaching

We have a leader on each team who will then tell me when that person is ready to teach alone. It’s very important they do not jump in too soon, as it’s bad both for the instructor and the class participants if they crash and burn on stage. So, we take our time, but when they’re ready it’s usually seamless as they’ve already been in the class for a long time and have been team teaching for a while, so everybody is on their side already.

We’ve seen countless Instructors come through the ranks and become awesome fitness leaders. Lula Slaughter started out here as a member and went through that journey – now she’s an International Presenter for Les Mills, rocking stages around the world. Best of all, she still teaches multiple classes at our club every week and helps mentor our new Instructors as they come through. 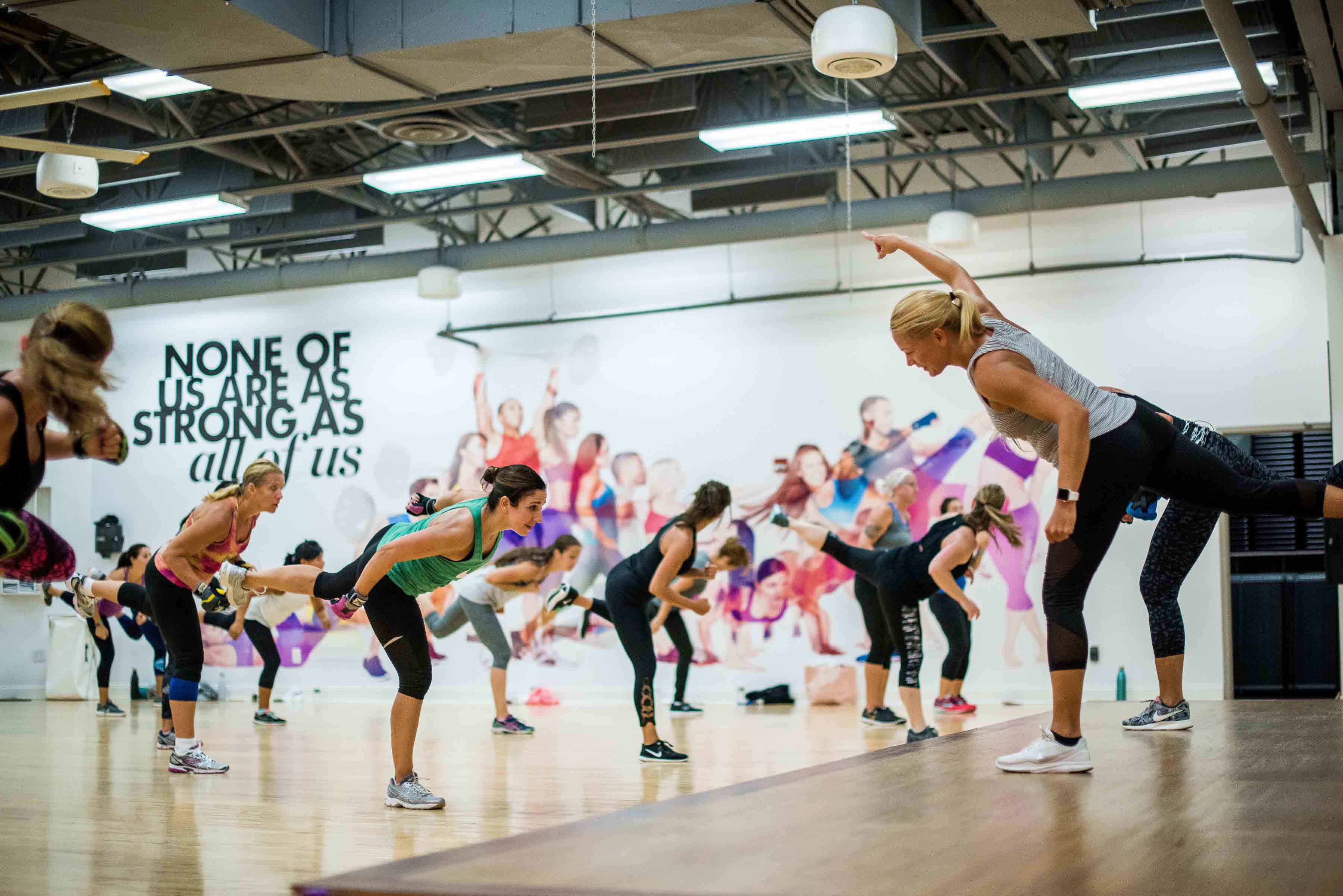 LR: We’re very fortunate that most of our new Instructors come to us, but sometimes we’ll be short on a particular program, so I’ll speak to the team and ask if they know anyone in their classes who might have what it takes to step up onto the stage. They obviously need to have the right movement patterns and love the class, but it’s equally important to have the right mindset and personality to really shine and bring excitement into the room.

The things I look for are passion and compassion. It’s not a role that comes with a big paycheck. There’s a fair amount of sacrifice, so you genuinely must love what you do as an instructor. Equally, the best Instructors I see are the compassionate people who love to give to others and make them feel better about themselves, both physically and mentally. Most of our team are quite busy with jobs, kids, and other responsibilities, but they still find the time to come in and raise the room, transforming the members’ day. A lot of that comes down to the joy they get from supporting and inspiring others – it’s a selfless role in many ways, but also rewarding.

LR: Maintaining a vibrant atmosphere in your studios is another key piece of the puzzle when it comes to inspiring participants and keeping your instructor team performing at their best. Keeping our studios updated with the latest equipment and plastering huge motivational posters or words across the walls helps to create an environment that makes people want to teach in.

Having a strong relationship with the club manager and financial controller is crucial for ensuring you have adequate budget to support this. The group fitness program in a club can sometimes have a hard time securing extra investment, especially in large clubs where classes are included in the membership. Realizing the program’s value is important, as group fitness shows up as a cost center rather than a revenue driver on the balance sheet. I am fortunate that our General Manager, Lisa Carlson, fully appreciates the role of group fitness in attracting and retaining our members. Approximately half of our members take part in classes, which is a great metric to track. We have strong support from management, who provides the necessary budget to also hold special events and club challenges to keep the program fresh and exciting.

LR: Providing Instructors with strong training from the start is the surest way to success – once they have the foundations in place, everything flows from there. As soon as we have a recruit, they go through the appropriate certification and training to ensure they get a strong grounding in the fundamentals of teaching, motivation, choreography and how to create an amazing experience for class participants. Once they’ve got this, then it’s over to our instructor teams to help polish that person up and build their confidence until they’re ready to fly solo. Our club offers 15 Les Mills programs, making it the backbone of our overall group fitness program. We benefit tremendously from the fact most of our instructors go through the world-class training Les Mills provides.

A key component of Les Mills training is that it gives our instructors a strong appreciation of the importance of working as a team, so it reinforces our club’s culture. Everyone comes back from Training with a huge amount of knowledge and self-belief, so it’s a positive experience for them to draw from. Often, we’ll have Instructors who sign up to be trained in other Les Mills programs simply because they want to learn more about the program, even if they don’t plan to teach it. 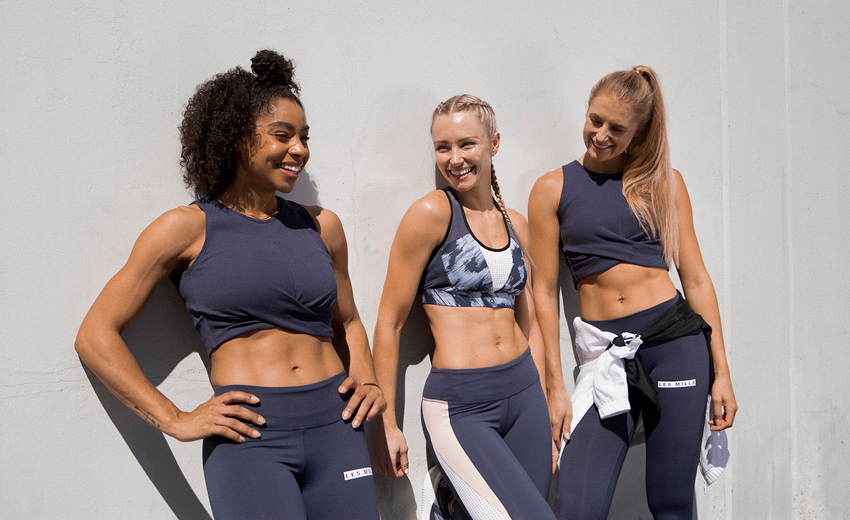 6. Make a Name for Yourself

LR: Everything I’ve talked about will be a challenge at first, but it all gets easier over time and perseverance is the key to achieving progress. We’ve been open for more than 20 years and our club has become well-known in the area for our group fitness offering. Our peak time classes are always full and even the off-peak slots attract a strong turnout – we always want to raise the bar and exceed the expectations of our members.

As you build your team’s culture over time you start to get this pull effect whereby any Instructors who move to the area gravitate towards your club by virtue of the reputation you’ve built around group fitness. We’ve been approached by several amazing Les Mills Instructors when they’ve moved into the local area, and countless members will choose to join us for the very same reason. It’s a long game and by putting the work in up front, you reap the rewards for many years after.

LR: One of the things I’ve learned and try to emphasize with my team is to follow your heart and the things you’re most passionate about. I’ve got an MBA in finance and earlier in my career I was working a great job in the city chasing after money and commuting two hours each way, while at the same time trying to teach fitness classes before and after work. It was just crazy, and my husband said to me ‘this has to stop – pick a career.’

I remember one day I was in my office at the top of Citicorp Center, and I thought: ‘If I jump out of my window now, it'll be a story for a day, but then no one will miss me because someone else will take over my job. But when I go and do my class tonight, even though there’s a lot less money in it, the class really matters to those folks and they’re the ones who’d miss me.’

That was a defining moment and I started to prioritize what was most important to me. I carved out a career in exercise – working in a club, instructing, and lecturing at a local college – and 20 years later I’ve never looked back. I now juggle multiple jobs and life is crazy, but because I’m able to touch people, inspire them and bring them the gift of exercise, it makes it all worth it.

FINDING QUALITY INSTRUCTORS DOESN'T HAVE TO BE DIFFICULT

Les Mills Connect provides simple steps to help you build your dream team, giving you more time to get your club fully firing.