Instructor of the Year takes Spartan

This week, Spartan catch up with our Instructor of the Year Bex Older and give us a sneak peak into what challenges she's been taking on. 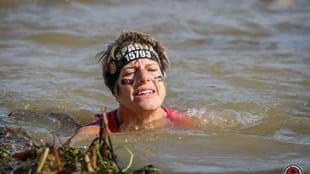 Spartan Race run “Spartan Stories” an initiative which looks at the background and motivation of the amazing people who take part in their races. This week they look at one of our very own, Bex, Les Mills Instructor of the Year.

In June 2014, Bex was diagnosed with Breast Cancer and had a mastectomy in August. She bounced back from this to complete the 7km Spartan Sprint at Queen Elizabeth Olympic Park in April 2016.

She found that the cancer had spread to her lymph nodes. She underwent another operation in September 2014 to remove these from her armpit. Due to the spread, Bex was then advised to have chemotherapy and radiotherapy.

“The chemo started in October and it was one of the scariest things I’ve ever done, but I knew it was for a good reason and got through it. For me, the worst part was sitting in ‘the chair', knowing the chemicals were going to kill off the good cells as well as the bad, and that I was going to lose my hair. I went to bed with hair and woke up with half of it fallen out onto my pillow. This happened when I was teaching an exercise event for Les Mills so it felt especially traumatic.”

Bex stayed positive. She ran a sweepstake with her class, to guess what colour her hair would return as. She also raised money for Peggy Wood Breast Care Centre, who were caring for her.

“I took part in my very first Spartan Race, which was the Super [14km+] at Ashburnham Place last year. Just a few months after completing chemotherapy for breast cancer, after a mastectomy and lymph node removal operation. I wanted to prove I was still fit and raise money for Breast Cancer Care.

Sadly, I couldn’t complete the course due to hyperthermia (huge thanks to the steward who recognised the signs) and the whole team, who were fab at warming me up again.”

“This year I ran the Sprint at Olympic Park to prove that I could finish a Spartan Race. Thanks to lack of water obstacles, I did it and now wear my finisher t-shirt and medal with pride.”

The good news continued when Bex was made Les Mills UK Instructor of the Year. She said:

“I’m so thankful to everyone who voted for me and coming to classes each week and supporting me. Some days with chemotherapy I couldn’t even get out of bed. That’s why I was determined to finish the Spartan on 9th April for myself and the fundraising for Cancer charities.”

Bex recently presented in BODYCOMBAT on stage at Les Mills Live alongside the Les Mills UK Trainer Team and showed a crowd of over 1000 what she's all about.

We wish Bex all the best with her ongoing journey. Start your Les Mills journey here.