THE SUCCESS OF FAILURE

In the second of our two-part interview, Phillip Mills opens up on failure, resilience, and what he’s learned from his mistakes. 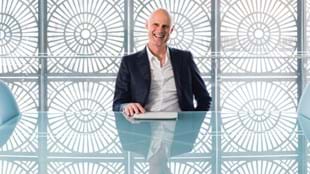 SARAH SHORTT:
Your parents opened the original Les Mills gym back in 1968. How did being surrounded by fitness as a child influence your chosen career?

PHILLIP MILLS:
Fitness and sport had always been in my family. Even before my Mum and Dad opened their first Les Mills World of Fitness gym in 1968, my great uncle Norman had owned gyms in Auckland back in the 1920s.

Growing up, our house was full of boxes of fitness magazines and books and my Dad was into both weight training as well as athletics. Half of our house that I grew up in was the Auckland Weight Lifting Federation gym!

Initially, the gym was just a hobby business that Mum and Dad created because they loved helping people and sharing their passion for health with them. My Dad was the national track and field coach and they mainly employed athletes and coaches – track and field people, weight lifters, martial artists, gymnasts… people who were passionate about fitness.

Those were the people who created the culture of this organization. When I was a teenager working in the gym, they inspired me. And our family dinner conversation was always about sport and fitness. It’s surrounded me my whole life, it’s in my blood and I love it. It’s what has enabled me to work in this industry for 50 years.

Let’s talk about failure. What was your first experience of failure?

The family were always passionate about track and field and my sister and I picked up that passion. The house we lived in was on Grey Lynn Park - a long time ago when the park was New Zealand’s number one athletics track. I spent a lot of my life training for track and all I thought about for around 10 years was making the Olympic team. I never did succeed in that - which was a big failure for me. I qualified half a dozen times in 1976 for my sport but I lived in the States at the time (on an athletics scholarship) and the New Zealand selectors said I was an American resident – so that ruled me out.

It felt like the end of the world for me and I really went off the rails for a while. I did a year in the music business where I managed my brother-in-law’s rock band. It was exciting but very unhealthy. Both of my brothers-in-law died young from the physical abuse they put their bodies through. After a year of late nights in smoky bars the initial excitement wore off… you realize it’s not the way you want live your life.

So I found my passion for fitness again and came back into the gym industry. But I wanted to make our club more exciting. The experience I’d had putting on shows and working with performers gave me some ideas about how to do that. 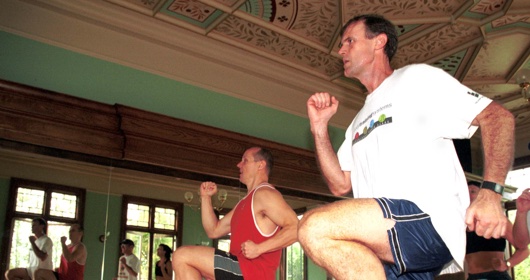 So where did that go?

We developed some workouts to loud music and launched them in the Auckland club. We also opened a GX studio – what would now be called a boutique - in downtown Auckland. We hired starving actors and athletes and payed them $1 per class participant – huge money then! The classes took off really quickly and we expanded into a chain throughout NZ in the early eighties. We also licensed the classes to other Kiwi clubs and to Instructors who taught them in school halls, community centres, rugby clubrooms etc.

Then Jackie and I took the classes to Australia and opened a showcase studio in Bondi Junction. But by then the aerobics industry had become well established and we struggled to break even financially, despite being ranked the best studio in Sydney by the biggest daily newspaper there.

Eventually we had 300 Instructors teaching the classes in community centres and gyms around Australia and we purchased one of Sydney’s most popular gyms - The Club in downtown Sydney - and opened a large multi-sport complex with Australian partners in Newcastle. We had a semi-successful organisation there, but we’d invested all the money we’d made in New Zealand to get to that point and we ended up having to sell the three Aussie clubs.

So after three exhausting years we came back to New Zealand, wanting a break from the fitness industry. Jackie went to medical school and I did a year of MBA before getting called back into the management of the NZ gym chain, when my parents decided to list it on the stock exchange.

Mum and Dad sold out of the public company in September 1987 – a month before the global share markets crashed. They did well and went into politics - my Dad served three terms as Mayor of Auckland. But I made the decision to buy the company back from the liquidators – a decision that entailed borrowing huge amounts of money.

New Zealand really didn’t come out of the recession until 1993 and property values fell by half or more. For me personally, that period from 1988 to ’93 was really tough. I had to work my way out from under a debt burden at a time that we had very young children and Jackie was working 100 hour weeks at the hospital.

Didn’t BODYPUMP™ come about during that period?

Yes, in the middle of that period we created BODYPUMP! Famously, in our living room.

Eventually we paid off the debt and the club chain became successful again. Then we went back to Australia in partnership with [Australian national swim coach and gym owner] Bill Robertson in 1995 and went on to launch the classes internationally in ‘96/’97.

But there have been a lot of ups and downs over the years since then. I’ve failed three times in the nutrition business – you’d think I’d have learned after the first time not to touch that one again!

We’ve had other failures... in the 90’s we created a successful personal training system, with up to 100 PTs at our biggest club. Following the success of our classes overseas, we tried to launch that globally too, which failed.

How closely do you look at the programs now?

It tends to be the classes I do regularly that are where I’m most annoying to Jackie and the team. I do BODYBALANCE™/BODYFLOW® and the bike classes a lot so I give constant unneeded input around those. I actually think where they’ve taken THE TRIP™ is amazing – I’m totally addicted to it.

In fact I think where the Creative Directors and Program Directors have taken all of the programs to now is wonderful… and what the film department is doing with them is inspirational!

That was something I never expected. [In the last interview] I talked about Instructors having different strengths and this was one the reasons we realized we needed a lot of different presenters on the Masterclass - we had to showcase different skillsets, otherwise we wouldn’t be catering to people who have different strengths from those of the Program Directors.

So around 20 years ago we started bringing in presenters from around the world and gradually putting more and more resource into filming them. We had some research that showed, on average, Instructors watched the video five times while learning the choreography. You just soak up so much into your subconscious from watching the video five times; it’s an incredibly powerful learning tool and the better the filming, the better we believe the Instructors teach in their clubs.

But it’s also created this fabulous video content for Virtual and LMOD [LES MILLS On Demand], which I believe will help grow the live classes into something huge over the next few years. I realise we are seeing some clubs replace live classes with virtual ones right now, but that’s a mistake that I think they will move past quickly.

Virtual is great for off-peak and we have clear evidence that it grows live participation by acting as a gateway. But virtual classes don’t build relationships [with members] like live Instructors do. We’re pushing that message hard to clubs through the sales teams and the new upcoming GFM course.

We also have clear stats showing that LMOD is driving people into classes in the areas where we promote it. We’ve seen this before with Jane Fonda, Tae Bo, Zumba etc. and I’m sure we will start to see this more and more over the next few years as we ramp up LMOD marketing to the scale we’re targeting. 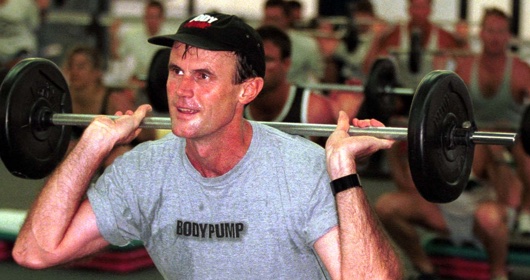 Where do your resilience and drive come from?

I picked up a lot of drive from my parents.

My late mother was a strong, passionate Irish woman who was very competitive – she won the national 400m championship at the age of 42 and ran in the Commonwealth Games with a fractured tibia. She had so much pain killer in her lower leg that she couldn’t feel it. But she would never have considered giving up!

My Dad’s father died when he was 10 years old, which made him very self-reliant and strong. I came from a generation where a lot of our fathers were too busy for us, working their way out of the depression and war years. Men of my generation are frequently driven to prove their worth to their fathers, and certainly that was one of my motivators through my early career.

And how do you come back from failure?

I have a problem solving, analytic mentality. I did my undergraduate degree in philosophy and economics - so I’ve thought a lot over the years about how to run a business better, how to run successful gyms and how to develop things that work. A lot of that was born out of necessity i.e. how do I not go out of business through the tough times?

I also have a great love of what we do and a lot of competitive drive, so I tend to bounce back from mistakes. And there’s always luck of course. Being born into the fitness industry during a time in which it became the biggest sport in the world. Must have inherited the luck of the Irish from my mother.

You can catch up on Part One of Phillip’s interview here. 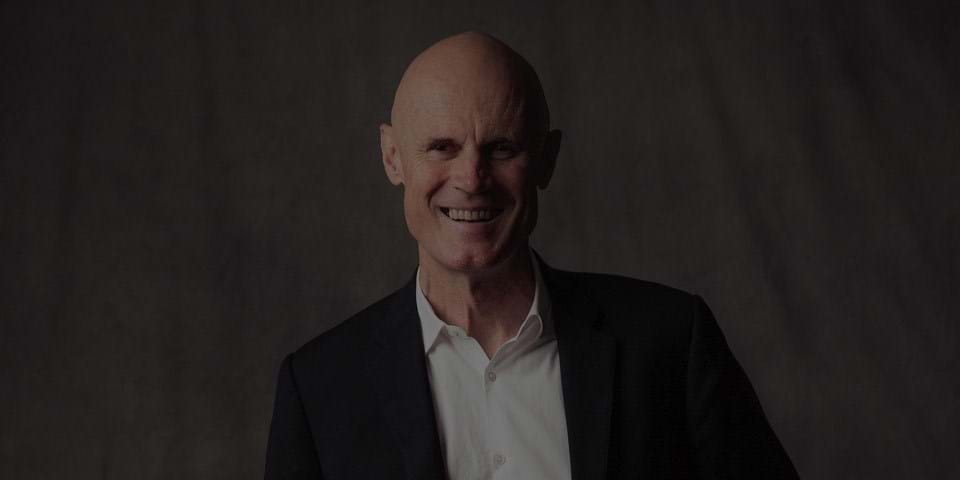 PLAY TO YOUR STRENGTHS by Sarah Shortt Learn More 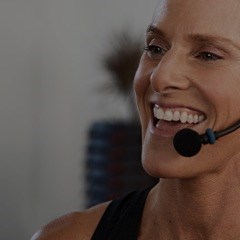 YOU DEFINE YOUR SUCCESS by Sarah Shortt 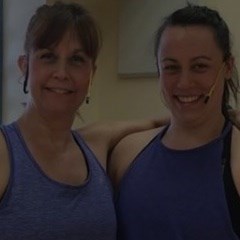 KEEPING IT IN THE FAMILY by Carrie Knight 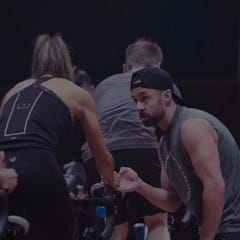 Instructor Story: Finding my confidence for filming by Lee Smith