Gym vs digital: What’s the most effective way to work out?

Pilot study from the Les Mills Research Lab compares exertion and enjoyment levels between a live class in the gym and two digital formats (livestream and on demand) of the same workout, with surprising results. 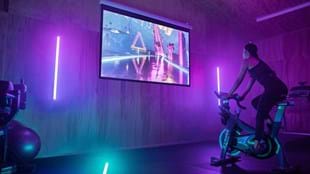 Taking a class at the gym brings better results and more enjoyment than doing the same workout digitally at home, according to new research presented at the American College of Sports Medicine (ACSM) Conference this month (June 1).