She’s danced with J-Lo, Rihanna and Parris Goebel and held a Vegas residency at Cirque du Soleil. LES MILLS INSIDER caught up with Bianca Ikinofo to discuss dance, determination, and why she loves creating choreography for SH’BAM. 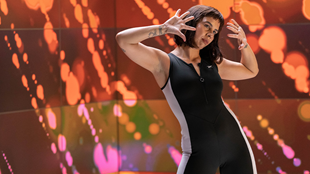 In the wake of Rachael Newsham stepping down as Program Director for SH’BAM, the program is now being created by a wider creative team. It’s a really diverse and collaborative affair with Jackie Mills, Kylie Gates, Bianca Ikinofo, Corrah Phillips, Diana Archer Mills and Phil Wright all taking an active role in music selection and choreography.

Hi Bianca! How did you first get into dance?

I was dancing even before I learned to walk. Mum says when I was super young I was always bouncing around and wanting to watch music videos.

Mum put me into jazz and ballet when I was four-years-old and I stayed there until I was about 16. At the same time, I was a competitive swimmer and that was actually my main focus – dancing was more of a hobby. But at 16 I discovered hip-hop and that was all I wanted to do, so I dropped everything else. I’ve been dancing professionally ever since.

And how did you get into competitive dancing?

As a teenager I lived in Hamilton [New Zealand] and I was part of a dance company that did shows and competitions. Through that world I met Parris [Goebel, the superstar choreographer] and she invited me to move to Auckland to join ReQuest Dance Crew.

I was there from 2009 until 2016 and those were crazy years. During that time I worked with incredible artistes like Rihanna and Jennifer Lopez, doing events like the VMAs [Video Music Awards] in New York. From 2012 until 2014 I lived in Las Vegas, doing the residency with Cirque du Soleil for the Michael Jackson show.

And then in 2016, I decided to leave ReQuest and go out on my own as an independent contractor. 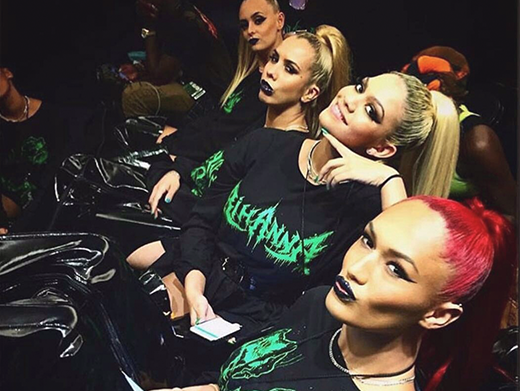 Why did you make that decision?

To be completely honest, I was really tired. I was burnt out and a bit lost. I was just going through the motions and didn't really know who I was any more. I had forgotten my why for dancing and I needed a break.

I took the year off everything. It really was a defining time for me because it helped me to decide that I did still want to dance - but that I needed to work in a more balanced, healthy way.

So what is your why for dancing?

I guess it's pretty simple: I just love it.

When I dance, I feel authentically myself. It makes me feel really safe, secure and I’m able to express myself. I just feel like me. 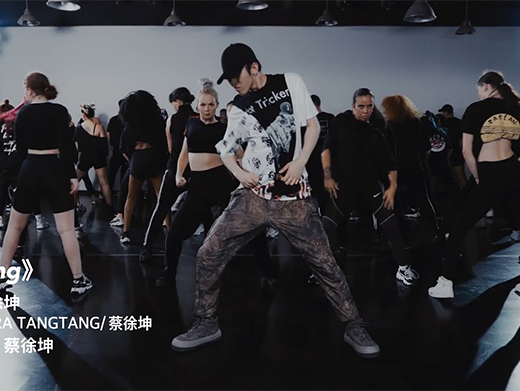 You’ve been working with Les Mills for four years now, collaborating on BORN TO MOVE™, BODYJAM™ and SH’BAM™. What has it been like to step into the world of fitness?

I didn't even know this world existed before I joined Les Mills because I've been stuck in a dance studio my whole life! I had never even been to a gym until I started working on BORN TO MOVE™. Walking into Les Mills Auckland City felt like a foreign world, like travelling when you go: ‘Oh, what’s going on here? Some people lifting weights and stretching?’

You’re now part of the creative team behind SH’BAM. How do you create the choreography?

It's very organic: music fuels the whole thing. I don’t approach it with the moves first – that doesn’t work for me. I like to play the track and just see what happens. I film myself freestyling and then just pick the moves that I like. There might be a move that I naturally keep repeating, and that will usually be the move I use.

How does creating SH’BAM differ from choreographing for professional dancers?

When I'm teaching a class in the dance world, it's something you do once, share for about an hour or so and then it disappears – it's just a little blip. Whereas SH’BAM is recorded and people view it all over the world and it's there forever. So there is a little bit of pressure behind that.

People take it super seriously when I teach a class in the dance world. They want to know all the moves perfectly. That’s cool, but what I love about SH’BAM is that it’s about making people feel good. It’s got that upbeat presence and fun vibe to it. Even if people don’t get all the moves, they’re smiling and having a good time. It’s like being in a club and looking out and seeing everyone having fun, letting go. That’s what I love about it, that’s the best part. 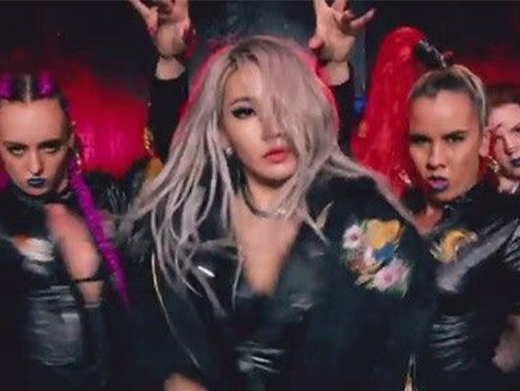 Dancing is very competitive. How do you handle that competition?

You have to be super thick-skinned to make it as a dancer and if you can learn not to take things personally, you’re going to be much better off.

I’m not going to always fit what a brand is looking for, and that’s got nothing to do with my skills or talent. If I don’t get chosen for a job, I don’t let that rejection stay with me because it’s irrelevant. And if I did let it stay with me then I'm just going to be angry or upset – and probably have a terrible day.

I’ve seen some dancers that can’t stop thinking about rejection, and I think it does more harm than good, because it can actually seep into the way you dance. Of course, there are moments where I’ve really wanted something and didn't get it and can't help but think negative thoughts, but I work hard on brushing them off and moving on.

What would your advice be for dance Instructors who want to improve their dancing?

I always say, push your range – meaning, push your body to do more than it’s comfortable with. A lot of the time, especially when we get really familiar with a movement we repeat a lot, we sit inside a box – our normal range. We get used to it and we don’t even need to think about it. So when I say push your range, I mean get out of the box, whether that means extending your arm a bit further, or pushing your chest out a little more, or getting lower in a movement. Find ways to get out of the box because your muscles will learn something new.

Obviously, the best way to improve is to take classes in the areas you want to focus on. If you suck at footwork, go take a house class. If you need to be aware of your arms more, then go take a whaacking class.

And what about training outside of dance?

Personally, I try to focus on low-impact exercise, like cycling. Swimming is amazing for dancers, as is stretching and yoga. I also focus on building up the muscles that aren’t that strong, so I don’t get injured. It’s about finding different ways to nurture your body, and also recognising the importance of rest. As I’ve gotten older, I’ve realised how important the stuff you do outside of class is – how your rest, how you recover, what food you’re putting into your body.

Training at the gym has been great for my dancing, because it’s made me stronger and able to recover from exercise much faster. It’s nurturing my body in a different way and improving it, which has been really cool. I love doing THE TRIP™. It’s a great way to get a sweat on and do something other than dancing, and the cycling really helps out the circulation in my legs. In dance, we’re always twisting our ankles and knees, so the cycling motion is really great for me.

You’ve worked with some massive names in the entertainment industry. What learnings have you taken away from your experience?

I love working with different artists and seeing how they work, and what their world looks like because it's nothing like how we roll, you know, it's completely different.

They're always perfectionists. It’s cool to see that it doesn't matter who you are: if you want it, you've got to work hard for it and you've got to sacrifice. 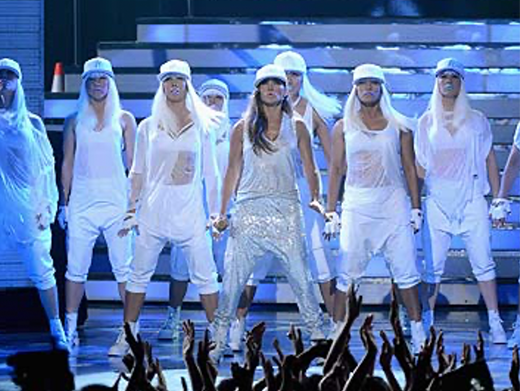 Finally, can I ask what’s been the biggest challenge of your career?

Being a dancer means that you constantly have challenges. One day you can walk into a studio and feel super confident and perform really well. But then you could come in a week later and be terrible – that’s the craziest thing about dance. So that's a challenge in itself – identifying that stuff and then kind of sitting with it and just being like: ‘OK, I'm having a moment today, let's try and do things that are going to help my brain or my body and then try again tomorrow.’ It’s a constant challenge for me.

When I was in ReQuest, we competed in the Hip-Hop World Champs in America, which is kind of like the Olympics of dance. We had won in 2009 and 2010 so when we competed in 2011, it was our third year – and it was also the final year that we were going to compete as ReQuest. It was probably the hardest we’d ever trained. We really pushed the boundaries and did something fresh – and then we came second.

That rocked me completely. Because our attitude at that time was gold or nothing. It sounds crazy because coming second is still amazing but when you come first for many years and then you come second, it was just such a weird feeling. And the thing is, you can’t control it – the decision is up to a whole panel of other people. And even though other people and audience members think you should have come first, that doesn't matter because you didn't get it.

When I first started dancing, things would sit with me for a long time, but as I’ve gotten older it’s affected me less and less. I'm one of those people who likes to observe their feelings and be like: ‘OK, what can I change for next time so I don't feel like this again?’

I see it all the time – how rejection can really affect dancers’ confidence and then there’ll be months, maybe even years, where they don't really progress because they’ve got this cloud hanging over them. And I just don't have time for that. I need to keep evolving, keep moving.

Bianca started dancing at the age of four in Jazz and ballet, then moved into hip-hop, jazz funk and choreography at the age of 16. At 18 she moved up to Auckland to join ReQuest dance crew/The Royal Family and was a major part of the movement for eight years. Throughout that time, she collected five gold medals and two silvers for HHI worlds, travelled around the world performing and competed in the American tv show ABDC – leading her to perform with J-Lo and various other artists, including Rihanna. Bianca is now a key member of the SH’BAM creative team.