Is Kenshin Tani the best Les Mills Instructor in the world?

by Yukari Azumai and Sarah Shortt

Have you submitted your video for the Les Mills Qualifications (LMQ) assessment yet? Japanese Trainer Kenshin Tani did, and became the first person in the world to achieve LMQ level 10 in GRIT! He shares why all Instructors will benefit from the process. 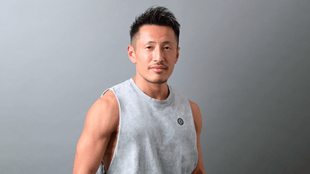 Yukari Azumai (YA): Hi Kenshin! How did you feel about achieving LMQ level 10 in LES MILLS GRIT™ – the highest level possible?

Kenshin Tani (KT): I've been involved with the program since it was introduced in Japan in 2013, so it was fantastic to be evaluated in GRIT. I’m so happy that I received this high level, which reflects the hard work I’ve put into my teaching.

KT: I still feel self-conscious filming myself. I was very aware of trying to show a “normal” class, ignore the camera. In the end I had to accept that no class will be perfect, and the best thing to do was try to be as natural as possible.

Of course, while waiting for my results I was nervous. I’m only human after all! I was very happy to receive the level 10 but what was really helpful were the comments on the assessment form. Of course, I wanted to get good numbers in each Key Element, but the comments that identified what I did well in were the biggest benefit.

I was very worried about LMQ when I heard that it was going to be introduced. Until now, Instructors were never assessed on Connection and Performance when they certified at Initial Training. When I heard that we now had to also quantify these elements, I was concerned because I thought they can be too subjective.

YA: LMQ awards each element a grade from one to three (one to two for Choreography). Were there any disparities between what you expected to get, and the actual results?

KT: Yes, there were actually a few surprises!

After I appeared in GRIT 33 Masterclass, I had lots of comments on my athleticism – my ability to perform physically. However, after I watched my assessment video, I realized my coaching was the thing I’d developed most over the last few years, even though I hadn’t been deliberately focusing on it.

I’d also thought my weakness was Connection. However, because in GRIT we use floor coaching, this function actually allowed me to show my personality and connect with my members. The comments I received on my evaluation form were really positive.

The most helpful part of the process was the way it analyzed my ability in each Key Element. Before this experience I had a vague idea of what it would take to make me into a “good” Instructor, but now I have the concrete analysis and plan to move forwards. 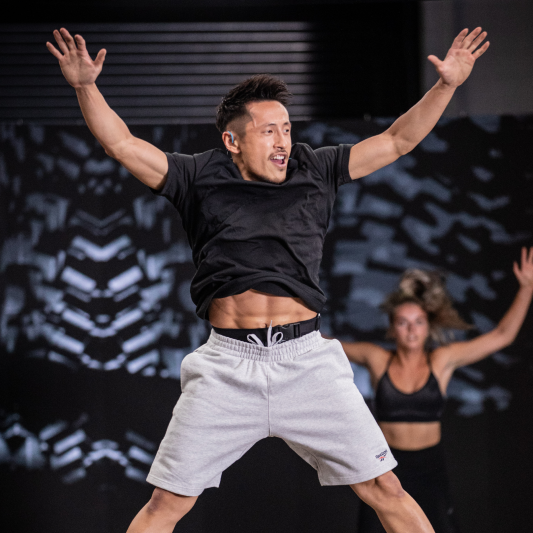 YA: What advice do you have for Instructors who want to keep improving their teaching?

KT: Don't be afraid to fail.

When it comes to improving your teaching, you have to be prepared to make mistakes. That’s part of the process of getting better. You’ve got to be OK with failure. Then it’s about taking the lesson from that failure and applying it so that next time, you’re more successful. The only way to keep moving forward is to keep trying new things, take the lessons from those experiences.

YA: Have you ever failed at something important to you?

One in particular comes to mind. GRIT had just been introduced to Japan and I was quite new to floor coaching. Teaching a class, I went over to coach one participant to go harder. My intention was to encourage them to do their best, but to that person it felt like I was intimidating them. I was actually really shocked to learn that’s how my approach was perceived. I was coming from a good place, but that’s not how it felt to the participant. That failure still sticks in my mind.

Speaking of struggling, when we filmed LES MILLS CORE™ in Shanghai it was really overwhelming. There were so many cameras, so many lights, the venue was so huge… in rehearsals the sound was so intense that we couldn’t really hear the beat and I was really concerned I wouldn’t be delivering my cues at the right time. The night before filming, I was worried it would be a disaster.

I still remember that feeling, how nervous I was, and it's helped me cope in tense situations today. Whenever things are tough, I think ‘well at least it’s not as bad as that!’

I understand there can be a fear around being assessed and having numbers attached to your skills, particularly if you’ve been teaching for a long time. I also felt that way. But what’s great is that you’re being assessed against the same standards as everyone else, with detailed criteria for achieving each grade.

YA: How do you see LMQ benefiting clubs and Instructors?

KT: The biggest thing is that Instructors can concretely identify what their strengths are, what their uniqueness is as a teacher, and therefore what they bring to the club.

Knowing what your strengths are is an advantage, because you can then share this with your Group Fitness Manager (GFM). Knowing what you bring to the class can then help the two of you decide which programs, at which time, would best showcase this strength. For example, if you’re a strong connector and all about building community in your club, then perhaps a more ‘social’ timeslot would work for you.

This has never happened before, and I think it’s a real win-win for both clubs and Instructors. 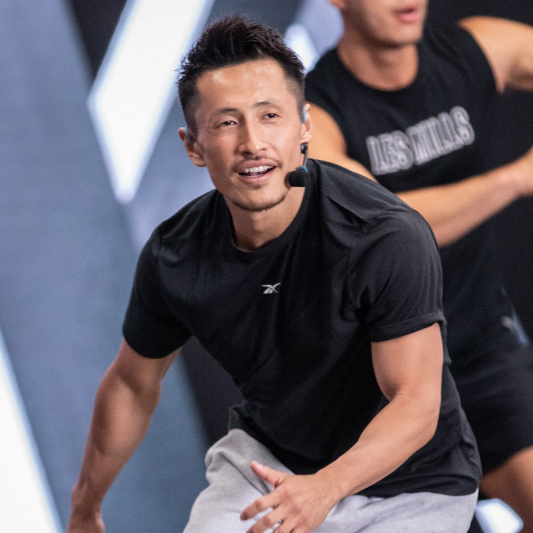 YA: You’re also an assessor for LMQ. Are you concerned about there being inconsistency between how different assessors grade?

KT: I was very worried about LMQ when I heard that it was going to be introduced.

Until now, Instructors were never assessed on Connection and Performance when they certified at Initial Training. When I heard that we now had to also quantify these elements, I was concerned because I thought they can be too subjective. However, when I learned how more about the process, I realized that we assessors are trained in such a way as to remove this subjectivity. My own experience has removed any concerns that this part of the assessment is dependent on the individual’s preference.

The evaluation system is very solid in that it allows you to analyze the skills and standards required for a certain grade in each Key Element. It creates a level playing field for everyone, so we know we’re all being assessed in the same way.

YA: Any tips on how to shoot our video for submission?

KT: The most important thing is to shoot in an environment where you can best showcase your personality.

Of course, it’s natural to want to perform at your best and achieve the highest level, but I’d really caution to try not to focus on this too much. To achieve the highest grades, you need to be really natural. When you can express your personality and genuinely enjoy yourself, that’s when you will shine.

Choose a class and studio where you will feel really comfortable showing your personality, then make sure you choose a good place for the camera. If it’s so far away that it doesn’t capture your facial expressions, or it’s too close that your legs are cut off, it won’t be the best representation of you. Look for the best environment to showcase your strengths, and then make sure the camera is capturing all of it!

YA: Why would you recommend that everyone be assessed on LMQ?

KT: I understand there can be a fear around being assessed and having numbers attached to your skills, particularly if you’ve been teaching for a long time. I also felt that way. But what’s great is that you’re being assessed against the same standards as everyone else, with detailed criteria for achieving each grade.

LMQ is not just about numbers. It’s about growing yourself as a teacher, learning how to self-assess and develop a plan for growth in the future. Yes, it might feel a little unsettling or even scary, but if you truly want to keep progressing on your Instructor journey, LMQ is one of the best gifts you can give yourself. 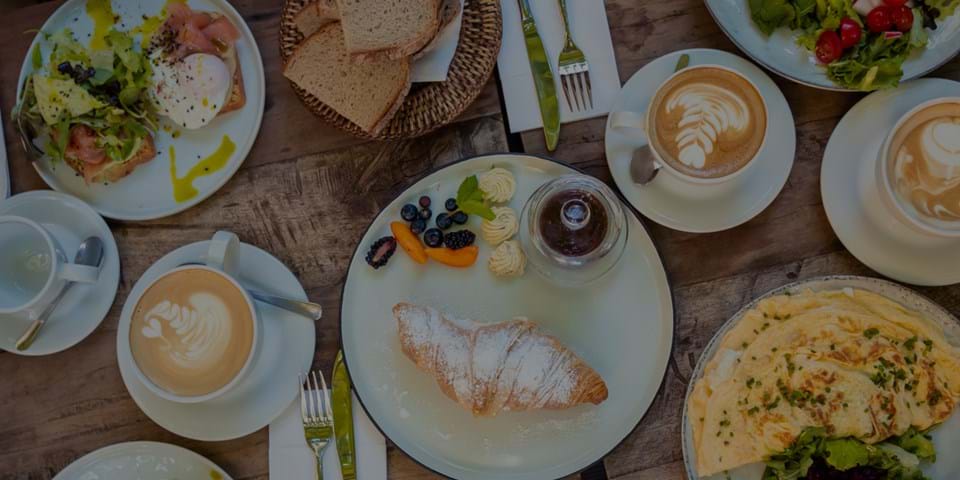 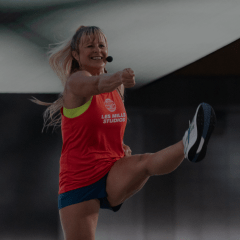 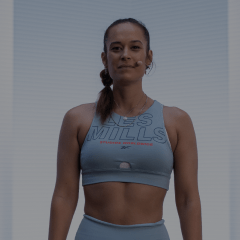 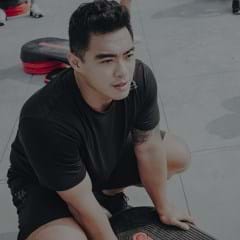