In defiance of cultural norms, Les Mills Africa is encouraging women to step up to the (fitness) mic. 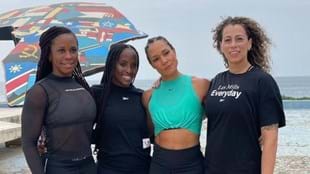 “Nine times out of ten, any UK fitness class you walk into is being taught by a female Instructor,” says UK-based Trainer Denice Burr. “It’s very different to be in a country and see mostly males on stage. Three quarters of the Les Mills Africa TAP [Trainers, Assessors, Presenters] are men, and when you attend the classes, the split of the participants is well over half male as well – which feels really unusual coming from London.”

At the end of 2021, Denice was invited to present at a fitness event in Dakar, Senegal, alongside fellow Trainers from the US: Nichola Smiles, Dr Deidre Douglas, and Lula Slaughter. The international team spent a week with the local Les Mills squad, presenting classes and running education sessions, before the trip culminated in a big fitness fiesta that ran from Friday to Sunday.

"The Les Mills Africa agency is very young," explains Diane Mwanza, who helped organize the event. "The team were previously part of Les Mills Euromed [European Les Mills sales partner], and we only became our own organization in 2020. We thought, why not join forces with other guests that are of African descent who want to bring awareness to what our agency is about? We want to show the world we're here, we're excited, and we're thriving."

Given the majority of Instructors in Africa are men, Guelor Luabeya (the organizer of the event) had invited the women over to promote the importance of fitness to the community, as well as to upskill the local teams and promote Instructor recruitment. “Guelor said he wanted to bring over some black women who are different to each other, and represent fitness at a higher level,” says Denice. “He wanted to show the women over there that you can actually do this too.”

When asked why there are so few female Instructors, Denice explains: “It’s not about keeping people down, it’s more just that’s how things have always been. It’s about expectation. That’s why representation is important, to show what women can do. There’s definitely opportunity over there for more women to get involved in teaching.” 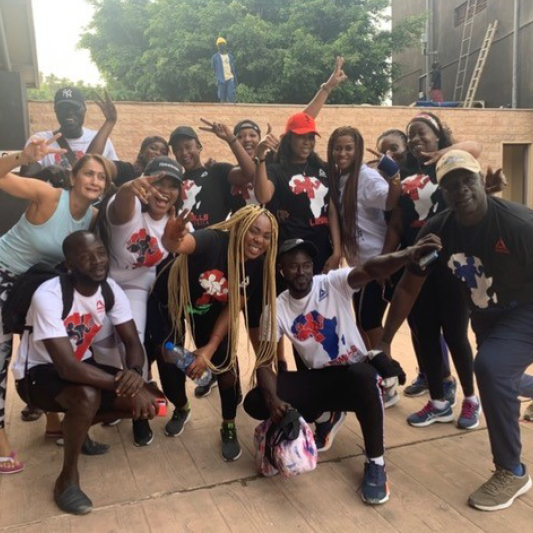 “The women tend to be the caregivers at home, and therefore have a huge influence over the family in terms of health and wellness,” adds Deidre. “Guelor created the event as a way to showcase the importance of fitness to the community. Most, if not all, of the Masterclasses were led by women. It’s been a goal of Guelor’s for several years to help those who are wanting to make healthy changes to their lives to have access to the experience and education surrounding group fitness.”

"At the moment, women don’t see themselves as having a place on the stage," explains Guelor. "I want to show them that they can be a wife, mother, daughter… and also be able to teach fitness classes. A lot of women also think that their career is over by the time they're 35, so it's very inspiring for them to see black women who are at the height of the careers in their late 30s and 40s."

"The experience was unforgettable," says Nichola. "It gave Africa the visibility it needed, visibility that has never been shown. Les Mills' three values of United, Be Brave and Change the World truly resonated with me on this trip. Passion for Les Mills and fitness is what United us together. And Be[ing] Brave is a quality that Les Mills Africa truly possesses. All of their team members step up into a room and teach with their whole hearts. You not only see but you feel the impact that they are making in every single class. This IS Changing the World. A world where no one is left out. Changing the World can happen through bold moves and it happens through representation. Representation matters. This was about changing the status quo and shedding light that there are opportunities for anyone and everyone to excel, (especially women of color)."

“The energy in the classes was incredible,” says Denice. “The members are so into the programs. They know all the music, all the choreography. You can literally play two bars of a track and everyone would know what it is. One of the best things that happened was on the first day of our trip. We had just finished teaching BODYPUMP™ and, my God, it was mental. The atmosphere was insane. As soon as we finished, everyone was running around taking photos and then, suddenly, one of the members plugged their phone into the stereo and just started doing BODYCOMBAT on their own – standing on the stage, fully going for it, screaming and howling. Maybe they were just so excited from the workout, but it was pure gold.”

When asked about her biggest take-away from the trip, Denice says: “To back off all the coaching and dial up the performance! There’s a lot that myself and probably most Instructors could learn from that team about performance. They really go for it. They’ve nailed the staggered shoulder roll!” 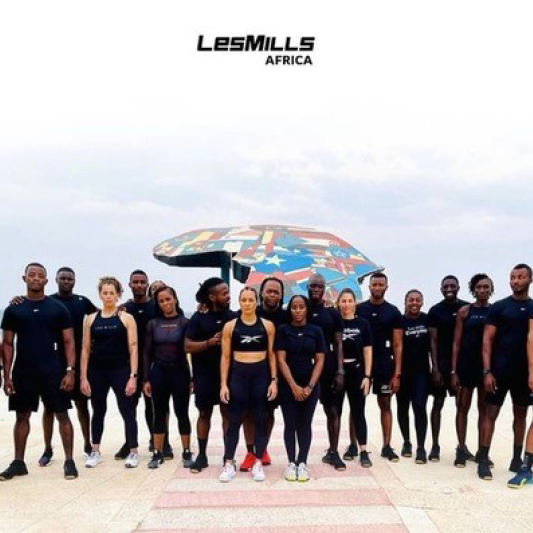 A big win for Deidre was the experience for the children in the community: “We had some young children attend the cardio-based classes, and they were so well received! The kids loved BODYCOMBAT™, BODYATTACK™ and SH’BAM™ – they had big smiles and were obviously enjoying themselves immensely.”

Lula adds: "I was overwhelmed by the incredible love for fitness and, of course, Les Mills by my brothers and sisters in Dakar. I left Senegal refreshed and feeling like my fitness journey was renewed. I’m grateful for the work that Guelor, Diane, and the training team for Les Mills Africa has done and will continue to do."

“Another stand-out for me was the commonality of ‘Les Mills Language,’” adds Denice. “Deidre and I were asked to judge a competition for an Instructor to shadow on stage for the Fitness Event. Even though the Presenters taught purely in French, it was really easy to see how well they were performing by the cadence and tone of their speech and the body language/energy throughout the track. I found it really inspiring, and it reinforced the power of the Les Mills brand to me – that some things just don’t need to be translated.”

"The fitness industry is very young in Africa," adds Guelor. "At the moment, people who want to work in fitness will leave Africa and go somewhere else. I want to show them that the solution is here, and that if they work hard, they can be successful right here in Africa – they don’t have to go anywhere else. It's been so powerful and inspirational for my community to see strong black women like Lula, Denice, Deidre and Nichola on the Masterclass. It shows the women here that they can achieve it too."

Nichola Smiles is a BODYPUMP and BODYCOMBAT Trainer/Presenter, LES MILLS GRIT Presenter and LES MILLS CORE Instructor. She is based in Houston, Texas, where she is also an engineer.

Lula Slaughter is a BODYPUMP, BODYCOMBAT and LES MILLS TONE Presenter, and a BODYJAM Instructor. She lives in New Jersey (US) where she is also a school teacher.

Diane Mwanza is the CEO of Suat Group and founder of Fit Fine ‘n’ Brown (a collective of Black women happy in their body and mind, united by their passion for fitness).

Guelor Luabeya is the founder of Suat Group, the Technical and Development Director of Suat and also the Training Manager for Les Mills Africa. He teaches most Les Mills programs. 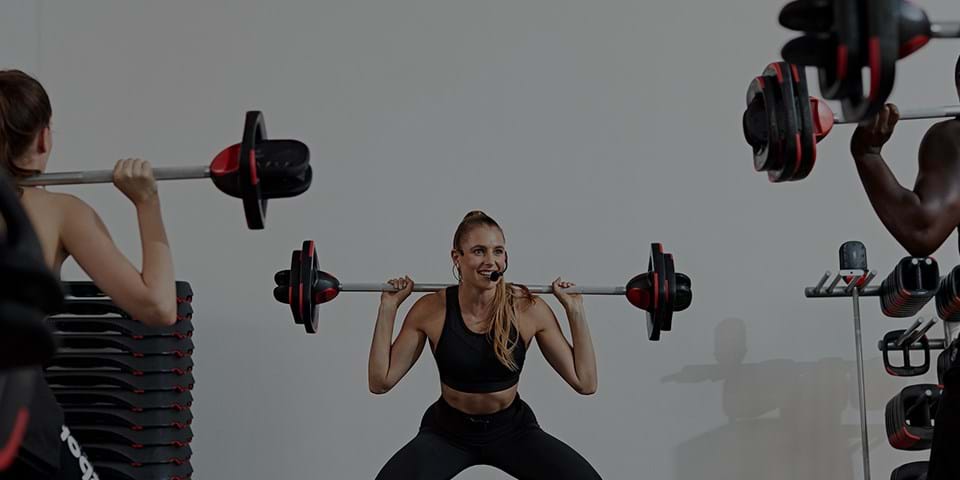 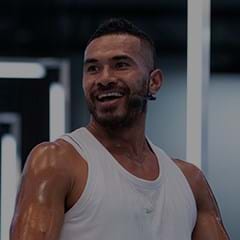 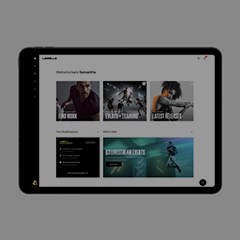 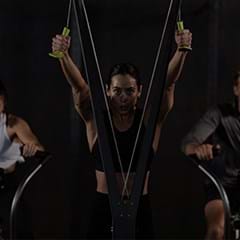