“I can handle anything… because of what I’ve already survived in the past.”

Every day Vili Fifita motivates thousands of Instructors and home exercisers as a presenter on some of Les Mills’ most popular workout videos. So what motivates him? In this interview, he shares his insightful experiences as a teen parent and how it has inspired him to give 110% every single day. 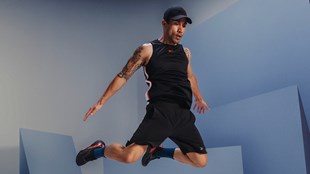 Sarah Shortt (SS): Hi Vili, you’re a regular presenter across BODYPUMP, BODYCOMBAT, LES MILLS TONE and LES MILLS GRIT workouts, so you have a lot of filming on your plate. How do you cope with the workload and the challenge?

Vili Fifita (VF): It’s always tough, but I do feel like I know how to prepare myself for anything. I put that down to knowing my purpose in life: to be a solid father and the number one provider for my daughter, Piper, no matter the situation.

I was 17 when I found out that Khiran (Khiran Huston, Vili’s wife and regular LES MILLS presenter) was pregnant. It was pretty shocking news! When people found out, I was called every bad name under the sun. I was told that my life was over, that I was nothing. I literally had family screaming at me I wasn’t going to amount to anything. Almost immediately everyone who was supposed to be a “friend” left me.

I was so stressed out and just didn’t know what to do. I had zero support. At that age, teenagers are meant to be enjoying high school – especially those preparing for college – but I learned very quickly that I had to cut off all my emotions and find a job, any job, so I could provide for my baby. She was the only reason I was able to move forward. She and Khiran were the only humans on my mind.

SS: How did your parents help you during this tough time?

VF: My parents weren't happy because I was supposed to be the rugby star. I'd played the sport from the age of five and had the talent and the passion to make it because my whole family lived, played and breathed rugby. My Dad had come from Tonga to New Zealand on a contract to play rugby and met my Mum through my grandfather, who was the chairman of a rugby club in Auckland. I owe my strong work ethic to my Dad.

But when Dad found out about the pregnancy, I was scared he was going to kill me! Honestly, I was mentally and physically preparing myself, like: okay, first he’s going to smack me for upsetting our family. Then he’s going to repeat those smacks with a wooden stick but about ten times harder for making Khiran’s family upset, hahaha! Man was I wrong: he just spoke in a soft, calm tone and said: “OK you think you’re a big man, you think you can raise another human being at your age? GOOD LUCK.” Then he just walked away. Honestly, it hurt like hell. I wished I’d got the beating instead.

He gave me a week to reflect, and then asked me how I felt. I replied: "I've got a massive responsibility to fulfill, so I need to get a job." He just nodded with a smirk. Soon after that, he introduced me to mechanical engineering, which was his profession alongside coaching top-level rugby. It was a fresh start for me, along with discovering the gym and bodybuilding.

Unfortunately, Dad passed away before Piper's first birthday. I know he was there in spirit though. I'm super grateful for the life lessons he taught me about self-reliance and independence. 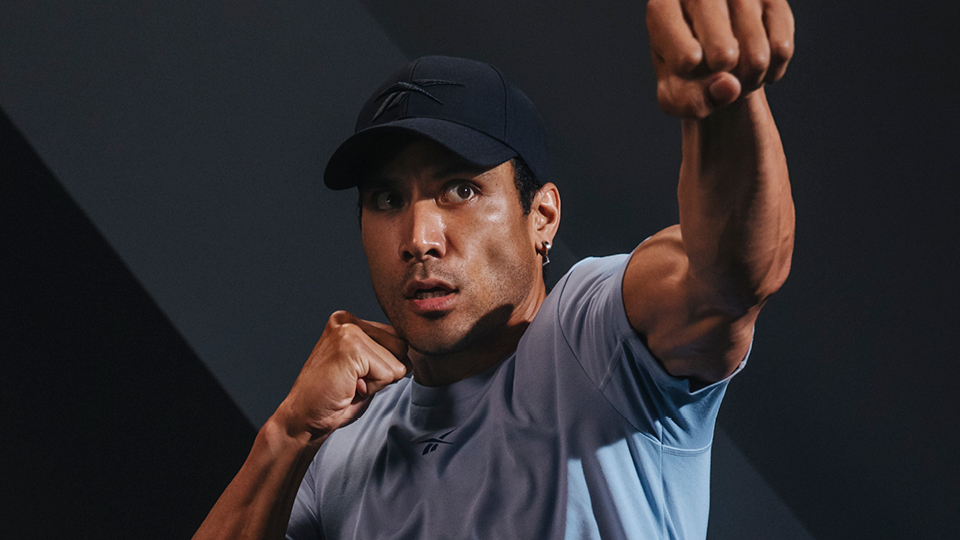 SS: What was it like when Piper was born?

VF: It was tough. At that age, the baby doesn’t care how old you are. It just wants to be fed and have its nappies changed. I learned from an early age that nobody was coming to save me. I couldn’t just go: “Hey friends, hey family – can you look after my baby until I get my life together?” So, what did I do? I had to back myself and own it.

When people find out you're a kid and you're going to have a baby, everybody starts looking down on you. I couldn't even walk down the street without getting mocked. After I became a father, nobody believed in me. Everybody doubted me and no one thought I was going to be a good dad, to be able to provide for my daughter. Having people look down on me, saying: "You're a loser, you're going to be nothing" is where a lot of my drive to succeed came from. It gave birth to confidence I didn't know I had and helped me become the ultimate version of myself. That's why I don't rely on anyone else, even today.

Now, even in the most physically and mentally challenging times, I know I can handle it – because of what I’ve already survived in the past.

VF: You need to know why you want to teach. I do it because I know every time I turn up, someone's relying on me to give them a workout. You've got to be dedicated to turning it up every time, and you also have to love to give.

For me, it's never been about money or trying to be famous. It's not about being the fittest person in the room (unless it’s a competition, haha!). I just love motivating people. And I don't sugar-coat anything … I get straight to the point. 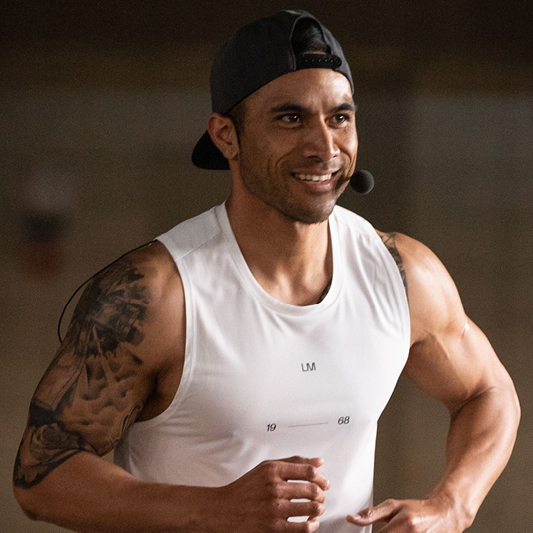 SS: So how do you keep growing and making sure you’re performing at your best?

VF: I always want to learn; I feel like a student every day. I love listening to masters in their field, just absorbing the knowledge like a sponge. Any time I get to spend time with Dan and Rach (Dan Cohen and Rachael Newsham the BODYCOMBAT Program Directors), they know I won’t say much because I’m just concentrating on absorbing the new information. And then I’ll try to apply it in my teaching – just little bits, while also being true to myself. It's challenging sometimes, but always fun.

It's been awesome filming on a regular basis, so I can see how I’m improving every quarter. I always want to do better and as long as I'm doing this, I always will get better.

And I get plenty of feedback from Piper. She's honestly my biggest critic… it can be brutal!

SS: What’s been the biggest challenge for you over the past few years?

VF: Learning to be patient. I'm not naturally a patient person, but over the last two years, I've become a lot calmer, a lot more observant. I think before I speak a lot more. But the biggest one is being patient. Patience has helped me calm down and it’s allowed my brain to expand to another level.

I used to be so impatient; I wanted everything right now. Eventually, I realized that it wasn't helping me, because I’d get frustrated if things didn't go according to plan and I wasn't good at pivoting. If I'd trained for something and it didn’t happen, I’d get really annoyed.

I started to think a lot more about what I was doing: how I wanted to show up, how I wanted to teach, perform, carry myself…. And what I found was that once I slowed down and stopped expecting everything to go a certain way – things felt much calmer.

When the pandemic arrived, we had all these lockdowns, I felt able to cope with the uncertainty in a way that I couldn’t have done five years ago.

I've also recently dialed up my mobility work. I stretch every day and I've really fallen in love with the power of silence: just holding a position helps to calm my mind.

SS: If you could give some advice to your 17-year-old self, what would you say?

VF: Everything is going to be okay. You can achieve more than you think you can. I’d tell him, you can do everything by yourself. You don't need anyone else. Trust and believe in yourself. I'd say that Piper is going to be super independent, smart, confident and strong. She's going to be a light in the world. Because she is.

And also: be patient, because you don’t need everything to happen right now. Good things take time.

Keen to work out with Vili?

This article originally appeared at www.lesmills.com/instructors/instructor-news/vili-fifita 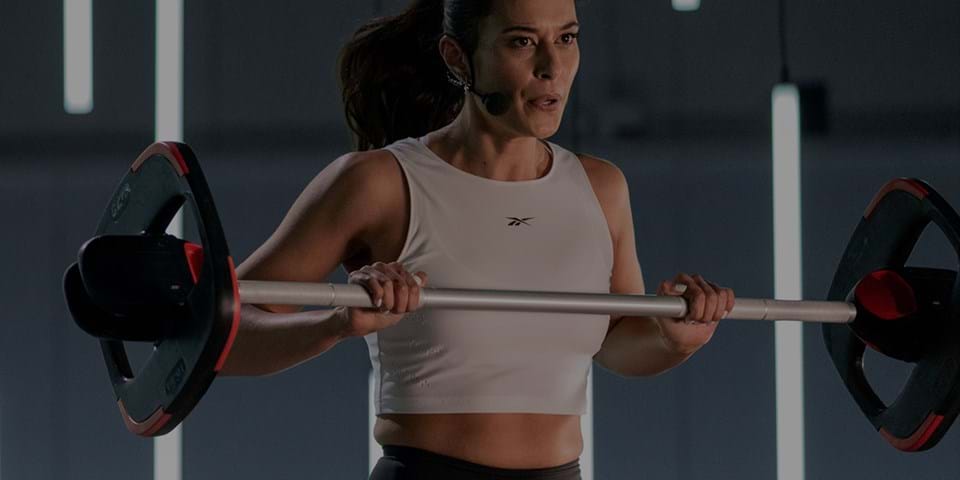 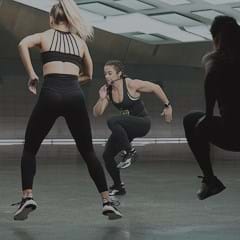 HOW TO STAY FIT FOR LIFE by Emma Hogan 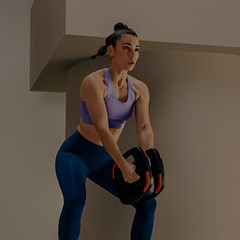 The 4 types of exerciser – which one are you? by Emma Hogan 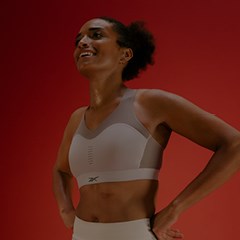