THE POWER OF CONNECTION

You know working out makes you feel better. So does helping someone else. By combining those two things, Workout for Water taps into hard-wired pathways that make us feel better as individuals – and as a community. 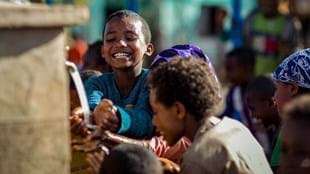 You know that warm glow you get from helping an old person up steps, or donating to a crowd-funding page? There’s science at work there, and it’s all good news. Doing good can do you good – every bit as much as working out, eating right, getting enough sleep and not spending four hours a day on Instagram.

Otis Fulton is a psychologist and university basketball hero and his non-profit Turnkey helps organizations turn human behavior into fundraising action. He’s been helping us with the Workout for Water and he says the reward we feel for doing good – the warm glow – is as old as humanity itself.

Ninety eight percent of our ancestors lived on the African savanna, where our deepest instincts developed. On the savanna, knowing where you stood was a matter of life and death. You wanted people to recognize you as a valuable person, because that meant that when it came to sharing out food and resources, you were going to be included. So recognition became a major social cue. That instinct has never left us, Otis says. “Our antenna for recognition is very finely tuned.”

We want to be seen by others as someone who does things that benefit the group. We also want to see ourselves that way. In an experiment by Matthew Lieberman, a UCLA neuroscientist, people in MRI machines were asked to read out simple little statements of recognition, things like: “When I need help, you’re someone I know I can always turn to.” Just reading those words out loud would light up a reward pathway in their brain – the very same reward pathway that would light up when they ate their favorite food. Our recognition is very finely tuned, in other words, and very deeply ingrained, even if the recognition comes from a complete stranger. Lieberman writes: “Our brains crave the recognition of others to an almost embarrassing degree.”

Workout for Water gives us a common mission. It gives us all the opportunity to be part of something that’s bigger than ourselves.

We all have a need to feel connected, Otis says. We all need to feel that we’re part of something larger than ourselves. What motivates us, what makes us feel that it's worth doing a program like Workout For Water, is the idea that people like us do things like this.

Otis says peer to peer fundraising is really about people supporting other people. “One of the things that’s really so valuable and unique about the Les Mills component with Workout for Water is that these are folk that are engaged in this workout program anyway, so it's just kind of a natural that yes I’m working out I’m with my community, this is something that’s going to be easy for me to do that’s going to have a real benefit for other people, that I find rewarding.”

The great thing is that even a little does a lot. “What you’re doing has an impact. It may not feel like that much, but say you’ve raised two hundred dollars. For a lot of people that’s a nice dinner out on the town. But in terms of what two hundred dollars can do for UNICEF, it's a whole lot more. It may not seem like a big deal. But it really is.”

And so two hundred dollars that might buy a few meters of pipe, or a tap stand, in turn becomes an even more powerful story: what it means to a teenage girl in a village who no longer has to walk five hours each day to fetch water for her village and instead can go to school. Suddenly that two hundred dollars means an awful lot more. “The real-world impact they’re having is that you are enabling someone in Africa to do these things – you’re changing their lives.”

One final note: Otis is a firm believer in the power of team work. A proud lifelong supporter of the University of Virginia basketball team, this year he watched the team, for the first time ever, win the NCAA Division 1 in the US, the elite inter-collegiate competition. His own 1976 University of Virginia basketball team was the first to win a university championship for their college and he played in the very first NCAA game they ever went to. “We old guys, we like to say, we laid the foundations.”

Now’s your chance to join the Workout for Water action 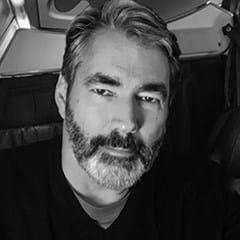 Psychologist Otis Fulton runs Turnkey, a non-profit operation designed to help organizations turn human behavior into fundraising action. He has been working with Les Mills to help bring Workout for Water to life. 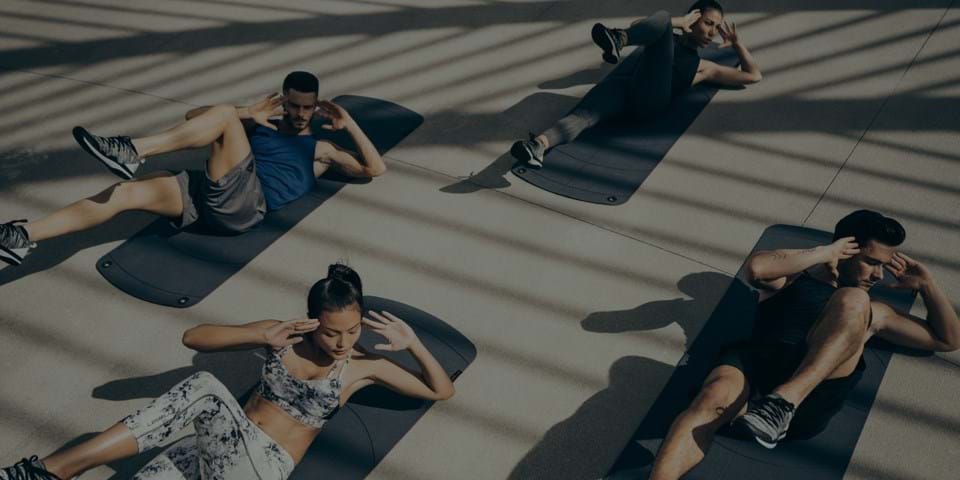 GROUP EXERCISE IS A WINNER by Carrie Knight Learn More 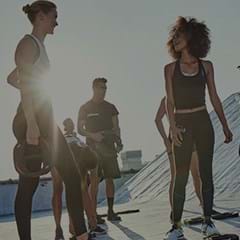 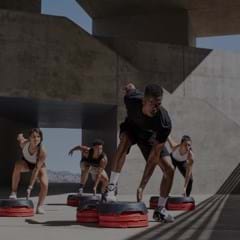 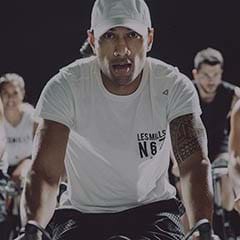