I AM THE HUNTER GATHERER OFFICE WORKER

Re-connecting with your inner cave man or woman can be easier than you imagine. And you don’t need to wear a loincloth or kill an antelope to do it. 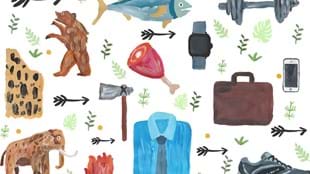 Imagine you’ve just woken up on the moon. (Luckily you’re in a space suit.)

You bounce around in low gravity, jumping further than you’ve ever jumped before – yippee. You’re reveling in the fact there’s no flu bacteria or traffic jams (yes, I’m struggling to think of positives) – life’s good!

But that all changes quite quickly as you notice your muscles shrinking by the day. You’re eating food that’s squeezed out of a tube, and pretty soon you know this isn’t for you. You think, “This isn’t what I’m designed for – I want to go home.”

Well, welcome to the moon.

But we’re not designed for the way we’re currently living on Earth, either.

Two million years of evolution, from the time Homo Erectus was walking around the planet until now, is a pretty long time. In fact, if you stretched both arms out to the side to represent that particular period of our evolution, just the tip of the fingernail on your middle finger would represent our modern existence since the Industrial Revolution.

A huge length of time went into designing us to live one way, and then suddenly (in evolutionary terms) we’re living in a completely different way, in a radically different world. It’s a bit scary when you think about it.

And, just like in your moon dream, a lot of things don’t feel right. We constantly lose muscle, gain fat and suffer from a lot of life-threatening illnesses that are purely the result of the gap between how we live now and how we were designed to live.

Heart disease, diabetes, osteoporosis, obesity, allergies – the list would surprise you. Dr Daniel Lieberman, Professor of Evolutionary Biology at Harvard University, refers to these as “Mismatch Diseases” in his book The Story of the Human Body.

An abundance of energy-dense, processed foods, devoid of fiber, little or no need for regular physical activity, and a brain that’s wired to be lazy and crave sugar and fat (for our survival) … we’re basically on the moon with no suit.

But I refuse to buy into this. I made a choice. I am the Hunter Gatherer Office Worker (fully clothed I might add).

This is my philosophy.

I walk for transport as often as I can, which luckily for me is every day.

I mostly eat food that I can still recognize as a plant or animal that hasn’t been messed with too much.

I go to a building at lunchtime that allows me to chase and dismember antelope – or, in modern terms, run, lift, push and pull. I call this antelope moment, “gym”. I go at lunchtime while the other predators are dozing at their desks.

I always use the stairs. Why would you go to the gym then take the lift? We should exercise and move every chance we get.

I go to bed early and wake up early.

A study published in 1984 in the journal Diabetes suggests I might be onto something. Ten Australian Aborigines diagnosed with Type 2 diabetes were asked to return to the hunting and gathering lifestyle originally adopted by their predecessors. After just seven weeks of increased physical activity and less processed food, they had reversed most of the changes associated with the disease.

I’m constantly in awe of our physical design and amazed at how we abuse our bodies. We’re using a Ferrari like a rocking chair! We’ve gone from being bipedal to uni-buttal.

However, we absolutely have a choice.

We don’t have to go on a weird paleo diet or subscribe to a particular training program modelled on cave men. Staying fit in the modern world comes down to using common sense, and our feet rather than our butt for transport. Start now. 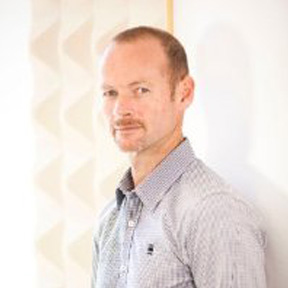