“I WAS MORE NERVOUS TO TEACH THE TRIP THAN TO PRESENT TO 1,000 PEOPLE AT SUPER SATURDAY”

Susan Renata has trained thousands of Instructors around the world and presented on countless Masterclass videos for BODYPUMP™ and BODYSTEP™. So why did learning to teach THE TRIP™ leave this Les Mills legend trembling with nerves? Susan spills the beans… 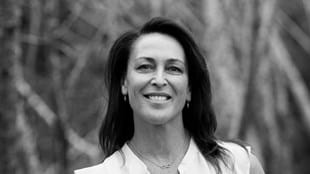 Hi Susan! When I saw you in the gym last week you told me you were "being brave" in teaching your first ever class of THE TRIP. What made you decide to start teaching the program?

As Group Fitness Manager for Les Mills Auckland City, I was part of the team overseeing the launch of the class in-club. Because the program was so different to anything we’d had before, we were encouraged to find Instructors who were new to teaching. At the time, I automatically bracketed myself into the category of “not right for this program” – and set about recruiting completely brand-new Instructors who'd be really passionate and excited to teach THE TRIP.

I’m in the cycle studio just about every day and I’ve seen the enthusiasm for the program since it launched. The program is just incredible, and though I'd thought about teaching it, I was still telling myself the same old story that I wouldn’t be the right fit. However, at the start of 2022 I decided I wanted to do something that would be a stretch for me – out of my comfort zone, just to make sure that I still have a pulse – and teaching THE TRIP seemed the perfect challenge.

You've trained countless Instructors over the years in many Les Mills programs. How did it feel to be back in the learner's seat again?

I’m attending Initial Training in a few months, but I figured that given my 25-odd years’ experience of teaching, I could try learning a release before module. I thought I’d pull out the music and notes and try learning it from scratch, to potentially teach a track in class to see how I would feel and fit in with the program. And what I realised, very early on, was that learning THE TRIP is completely different to learning any other program.

Initially I had a complete block around learning it. I was really struggling and so I reached out to one of my TRIP Instructors, Laura Johnson, for help. She broke it down for me and said: “You don’t learn it like that, you learn it like this.” I had to put away my iPod (and, you know, I’m very attached to my iPod) and approach it with a totally new lens. I discovered that just listening to the music and reading the notes isn’t how you learn this program, because there’s a visual component with the screen. I had to completely rewire my system of learning, which was a challenge after 20-odd years of teaching.

I had a full-blown experience of what it’s like for our first-time teachers. My heart was right up in my throat. My pulse was through the roof. I was visibly shaking and as I walked into the studio I had a complete mind blank. I thought: “Oh my goodness, I don’t know anything. I’m going to get this so horribly wrong.”

What was it like to teach your first class?

I taught a few tracks with Laura and, oh my goodness, it was such a rush. I love how inclusive it is, and that you get to take people on this amazing journey. I’ve come from those programs that really sit in the “power” end of the NeedScope model – BODYPUMP, LES MILLS CORE™ and so on – where we’re very directive and commanding. THE TRIP is so fresh and inviting and open and inclusive – it’s almost like learning a whole new language.

Obviously, I wanted to be the best the first time I taught it, to be world-class and bring all my years of experience to the fore, and so I put myself out there and asked Chris Richardson to mentor me. Chris is heavily involved in all of the cycle programs and I wanted to learn from the best.

I had my first experience of presenting my two tracks with him a few weeks ago. They had been such a headache to learn and I felt like I lacked the capacity to maintain the choreography in my head. Anyway, when I got to the class, I had a full-blown experience of what it’s like for our first-time teachers. My heart was right up in my throat. My pulse was through the roof. I was visibly shaking and as I walked into the studio I had a complete mind blank. I thought: “Oh my goodness, I don’t know anything. I’m going to get this so horribly wrong.” And for a moment there I sent out a million apologies to all of the people I’ve ever given feedback to who potentially found me quite intimidating!

I got it. I'd put myself in a position where I was back at ground zero – level one. I didn’t know anything about the program and was quite literally learning a new skill from scratch. I had to remind myself that the first BODYPUMP class I ever taught was terrible. I must have put the bar down three times in the Squat track because I got confused between the Squat and the Back track! 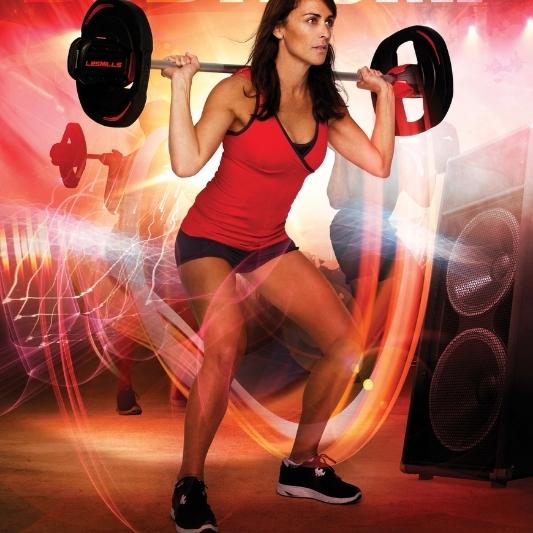 How did it feel to receive feedback in a new program?

The expectation was that Chris would give me feedback straight after class and I suddenly had a moment of, how am I going to go with that?

When I was on BODYPUMP and BODYSTEP Masterclass, I received feedback every quarter for the best part of 15 years. At that time, I was really good at taking the feedback on, using it to keep growing. However, I’ve not received feedback for several years now. The old dog in me was thinking, what can he tell me that I’ve not heard before? And at the same time the terrified child in me was like, Oh my God, I’m just going to crumble to the ground if he tells me something terrible.

Luckily, I’m a pretty open person and there’s a mutual respect between Chris and I, so I trusted that anything he would tell me was only going to help my development in learning this new language and mastering the new skill of teaching such a different type of program.

I’ve not received feedback for several years now. The old dog in me was thinking, what can he tell me that I’ve not heard before? And at the same time the terrified child in me was like, Oh my God, I’m just going to crumble to the ground if he tells me something terrible.

Have you taught by yourself yet?

Just yesterday, I had a request for a last-minute cover for THE TRIP and I thought: “Right, you almost know this whole release. You can do this, Susan.” I put myself on the timetable to cover and then subsequently spent the next 90 minutes wondering: “Who else can I get to teach this? There’s got to be another TRIP Instructor out there…” I had to give myself a little pep talk, like – it’s OK to just be a beginner. It’s OK to lean into your vulnerabilities. What’s the worst that can realistically happen? And the worst was that I got the choreography wrong and it didn’t quite match the screen. I gave myself permission to not get it right the first time. But there was also a part of me that was just so excited to give it a go.

A colleague of mine told me a story about an interview he’d heard where two artistes – Bruce Springsteen and Belinda Carlisle – were asked if they suffered from stage fright. Apparently, Belinda Carlisle said it was debilitating for her: she felt like she couldn’t breathe, she got anxious, and she didn’t want to go on stage because she was so not ready.

When he asked Bruce Springsteen the same thing, he said that he also can’t breathe, gets really nervous, fears that he’s going to fail… but he knows that when he’s terrified of going on stage – that’s when he knows that he IS ready, because he’s so passionate about what he’s going to do. I thought that was really cool, and so I kind of tried to adopt that same attitude. Because the shortness of breath, the nervousness – it was 50 per cent fear, but it was also 50 per cent excitement.

How did the class go?

I felt absolutely terrified walking into the cycle studio. I had the dry mouth, I was shaking… I was more nervous to teach those 46 people than I was when I presented at Super Saturday in Sweden, teaching to a thousand people!

When I introduced myself to the class I said: “My name is Susan, and this is my first ever class. And I know you’re looking at me and thinking that it’s quite potentially my last class… aren’t you close to retirement?!” I just front-footed it by saying: “Look, I’m leaning into my coolness - however much of it I’ve got left – and this is one of the coolest programs, in one of the coolest places to be [Les Mills Auckland City]. Have you guys got my back?” I gave myself permission to get things wrong and be OK with that.

When the class was over I put both my hands in the air and did a double fist pump! And one of the members came up to me, gave me a virtual knuckle bump and said: “Not bad for a 53-year old.”

How has the experience made you feel?

There’ve been a couple of times where I’ve asked myself: Why are you doing this? Why are you pushing yourself out of your comfort zone? The answer is that it’s important to keep challenging myself. The last time I learned a new program was LES MILLS CORE – and that was well over 10 years ago now because I started back on release one when it was called CXWORX.

And so, at the age of 53, I’m on this journey of learning a new skill and this hasn’t come without a whole lot of doubting myself. Not knowing if I’d be good enough. Not knowing if I’m “cool enough” for this program. But it’s also about showing people a different side of Susan Renata. Most people know me as the BODYPUMP Instructor but we all have different sides to our personalities, different layers to our depths of humans. I’m enjoying showing people another side of mine.

Susan Renata was raised in West Auckland, New Zealand. She excelled in gymnastics from a young age and pursued her love of fitness with a degree in Physical Education at Otago University, where she also began teaching aerobics. After uni, Susan spent 10 years working as a detective for New Zealand Police whilst teaching Les Mills classes part-time. She eventually left the police and joined Les Mills International (LMI) as Training Coordinator, Masterclass Presenter for BODYPUMP and International Master Trainer. For over 15 years Susan worked for LMI in the US and the Netherlands, eventually returning to New Zealand in 2013. Since 2014, she has held the position as Group Fitness Manager at les Mills Auckland City. In addition to her work for Les Mills, Susan is also a Facilitator for Leadership Development Intensive LDINZ and a Wellness and Life Coach. 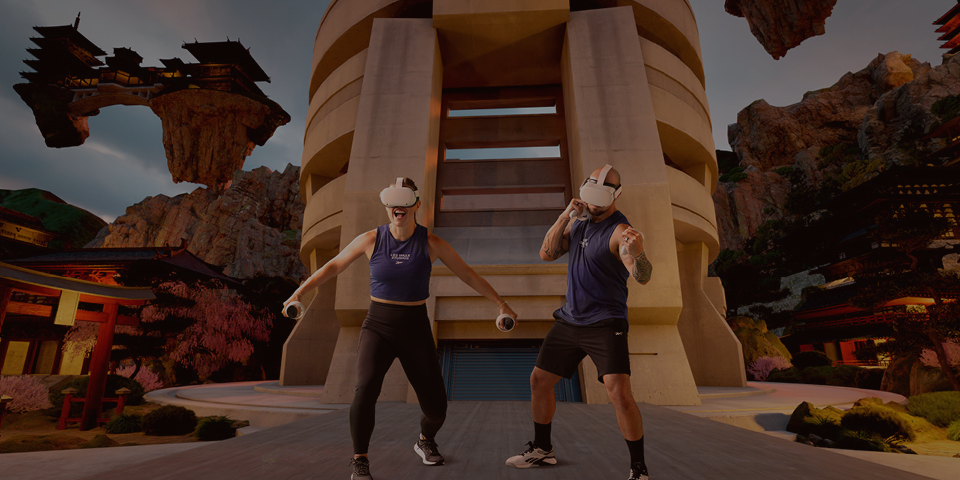 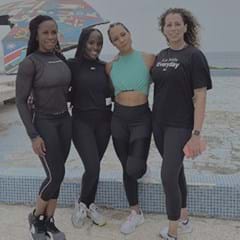 HOW LES MILLS AFRICA CAN #BREAKTHEBIAS by Sarah Shortt 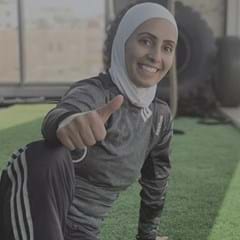 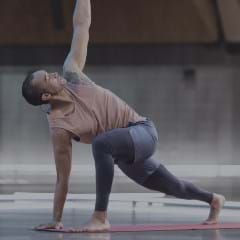