Arguably the single biggest factor in the success of your club, rockstar Instructors have the ability to send your membership numbers soaring. But what do they look like, and where can you find them? Drawing on insights from the Les Mills Group Fitness Management (GFM) course, here are our top tips for recruiting the next generation of rockstars.

“The key to my success is we have gone to exceptional lengths to hire the best people in the world.”

So said Apple visionary Steve Jobs when asked how he built one of the world’s most successful tech companies. The goals may differ slightly, but the principles are equally applicable for health club operators.

Great people are the only unique selling point that your rivals can’t copy, so it’s little wonder that people – and Instructors in particular – are so integral to your club’s success.

Top talent can be tough to find – and even harder to keep – at every level of the fitness industry. A recent IHRSA survey of 86 European health club leaders found that recruiting and retaining great people was still their number one challenge. The shortage of talent is intensifying competition among clubs and driving up the market value of standout group fitness Instructors, who are being tempted away from traditional clubs towards the big bucks being paid by boutiques.

So how can a mainstream health club unearth the next crop of Instructor talent without breaking the bank in the process? The answer is closer than you might think…

As many of the world’s leading operators will attest, the search for untapped top talent should always start at your club’s front door.

Looking out for people with great movement and presence in your clubs classes, as well as asking your Instructors if they have any friends with talent are simple, and often fruitful, places to start.

“Most of our Instructors have either been members initially or guests who have taken a class here and then sought employment,” says Ashley McCallum, Assistant Group Fitness Manager at Gold's Gym in Fredericksburg, Virginia, (US).

“Once an Instructor shows interest in becoming part of our team, we do a screening and formal interview. If both parties are interested then we conduct a live movement audition. This gives us the opportunity to evaluate how the Instructor connects to our members and staff while observing their performance.”

It’s a similar story at Holmes Place in Hamburg, Germany, which makes a point of recruiting new Instructor talent from within. More than 20% of the club’s current crop were recruited directly from the class or the fitness floor, with Instructors regularly scouting their classes for participants with good technique and an eagerness to develop. This helps to bring on individuals who are already aligned with the Holmes Place brand and are big advocates of the programs they end up teaching.

Marcus Müller, an Instructor at Holmes Place in Hamburg and a Les Mills National Trainer for Germany, believes his Instructor team is one of the club’s unique selling points and instrumental in its success.

“We have built up a first-class team at Holmes Place, consisting of 20 Les Mills Instructors who are all intrinsically motivated – brimming with fun and passion,” says Marcus.

“Irrespective of the number of programs they’re involved in, the Instructors take the time to script their releases every three months, ensuring attendees benefit from top-level coaching and consistently great fitness experiences. They also train hard to improve their own physical fitness and serve as genuine role models for our members.”

Delve deep into the proven methods for recruiting rockstar Instructors that will transform your club.

Once you’ve raided your club’s studio in search of new Instructors, the challenge is then to get networking and take the search further afield.

This means getting out from behind your desk and diving deep into the community, while thinking hard about who are you looking for, where you might find them, and how should you recruit them?

Talented Instructors can emerge from any number of different fields, including:

Each of these disciplines has thrown up thousands of great Instructors over the years and there are many more out there waiting to be discovered. Key to this is stretching your comfort zone by building relationships – or better still, partnerships – with these types of institutions. Positioned well, these are win-win collaborations where the institutions can signpost their people towards a handy stream of secondary income which will also sharpen their presenting skills, while your club gets a solid pipeline of potential Instructors.

One of the key points here is to form a clear idea of the types of Instructor that you want to attract to future-proof your business, so that you can target institutions where these personalities are most prevalent. Think of the standout stars that you see in boutique clubs – these are typically young, energetic and dynamic personalities who appeal to those all-important Millennial and Gen Z demographics – who now make-up 80% of all people paying for exercise (2019 Les Mills Global Consumer Survey). Virtually all of these Instructors will be active on social media, so consider how you can leverage your club’s social media channels to advertise your need for new Instructors, as well as how you use the platforms themselves to scout for up and coming talent. 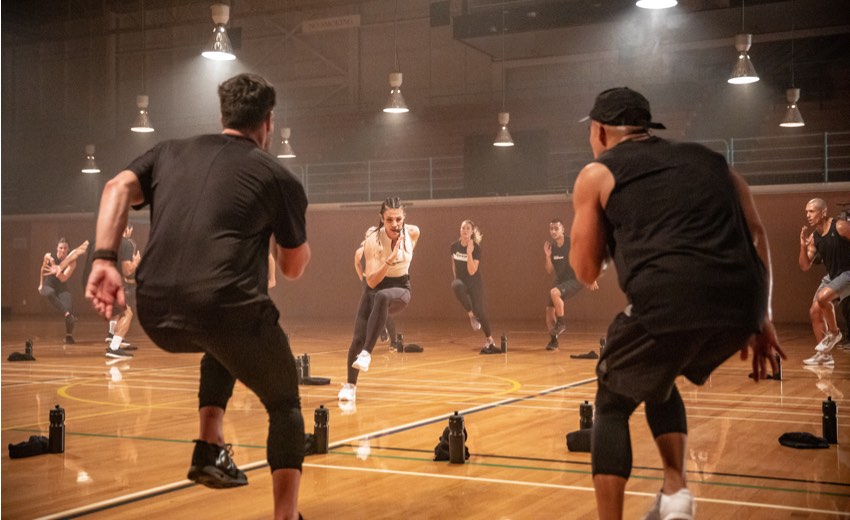 The importance of ‘always-on’

Developing a clear idea of the type of Instructor you want to attract will make it easier for you to decide which Instructor prospects you want to take on and which you want to say no to. But although strategic partnerships can help increase your club’s Instructor leads, it’s vital that you take an ‘always-on’ approach to recruiting and constantly keep an eye out as you never know when you’ll need another great Instructor and it pays to have a deep bench.

For Carina Skarpsjö – the General Manager of Endorfin Alingsås – building a great team is an infinite process that gains gradual momentum over time.

She explains: “Finding new Instructors can always be challenging and this has certainly proved the case in recent years. That’s why you always need to be on the lookout for new talent in every class and everywhere in between. We’ll have several new Instructors coming in to audition each month and will look at dozens before we find the right people to bolster our team.

“Many of our Instructors have been with us for a long time and they are trained to build great connections with members – this is massive for our retention strategy.

“Technology is helping to develop our club offering but our strength will always reside in our people. They live our brand and deliver the ‘Endorfin experience’ that sets us apart from the crowd and keeps members coming back week after week.”

WANT MORE ROCKSTARS FOR YOUR CLUB?